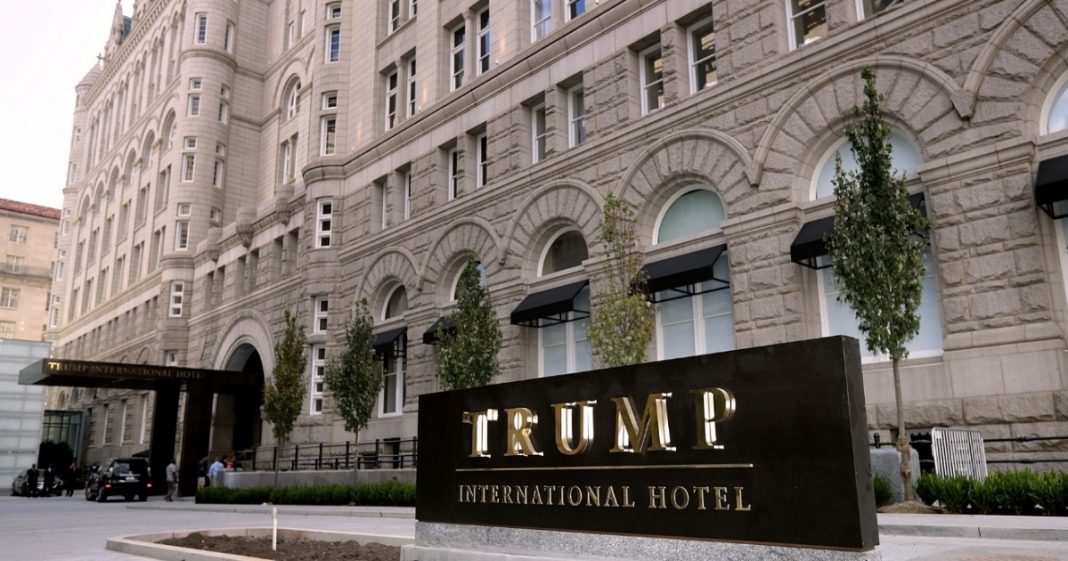 Among the numerous conflicts of interest Donald Trump is facing as his inauguration draws near is a new luxury hotel located just down the street from 1600 Pennsylvania Avenue that he opened this past October.

The Trump International Hotel is located in the Post Office Pavilion – a historic building that at one time housed the U.S. Postal Service’s main headquarters. Instead of owning the land that his D.C. hotel is on, Trump, who spent more than $200 million renovating and remodeling the building, signed a 60-year lease with the General Services Administration in 2013. Effectively, this means that Trump’s D.C. hotel is on federal land that he is merely leasing from the government.

Normally, this would be all well and good – except now that Trump will be serving as an elected official, he can’t be a party to it. This conflict of interest was recently pointed out by a law professor at George Washington University. Steven Schooner refers us all to Clause 37.19 of Trump’s lease contract:

This means that as President, Trump cannot profit from his little investment. As things now stand, if the GSA does not terminate his contract, President Trump would essentially be both landlord and tenant.

What’s wrong with this picture?

To begin with, there is the strong possibility that foreign interest groups, diplomats, and other officials will be flocking to book rooms at the Trump International as they seek special treatment.

And what happens when it comes time to appoint a GSA Administrator? The GSA is supposed to be an independent regulatory body – but as Schooner points out, “The Trump transition team would be naming the person responsible for the agency that’s managing Trump’s lease.” The potential for abuse should be patently obvious to everyone – even those with little knowledge or experience on the workings of Big Business.

It gets worse. Trump’s current contract with the GSA contains a clause requiring Trump to disclose information on his finances every year (something he hasn’t been all that willing to do). Based on those negotiations, the GSA will be renegotiating the annual rental fee. Even if Trump turns his business interests over to his children as he claims he will do, the idea of a GSA representative negotiating that contract with the children of a sitting president is – in Schooner’s words – “incomprehensible.”

So far, nobody is saying much. Trump has had no comments so far, and the GSA is evading the issue. All they’re saying is that they have “plans” to “address any issues that may be related to the Old Post Office building” with Trump’s transition team.

All other considerations aside, the prospect of a Trump presidency presents unprecedented problems because of the nature and extent of his business holdings throughout the world. He is not the first President to have such major business interests, of course – but unlike his predecessors, he has refused to cut himself off from those interests.

Sure, he says his kids will be running the show, and he “promises” that he will have nothing to do with their decisions or even discuss business with them.Of course, we all know by now what Trump’s promises are worth – and he hasn’t even gotten started.