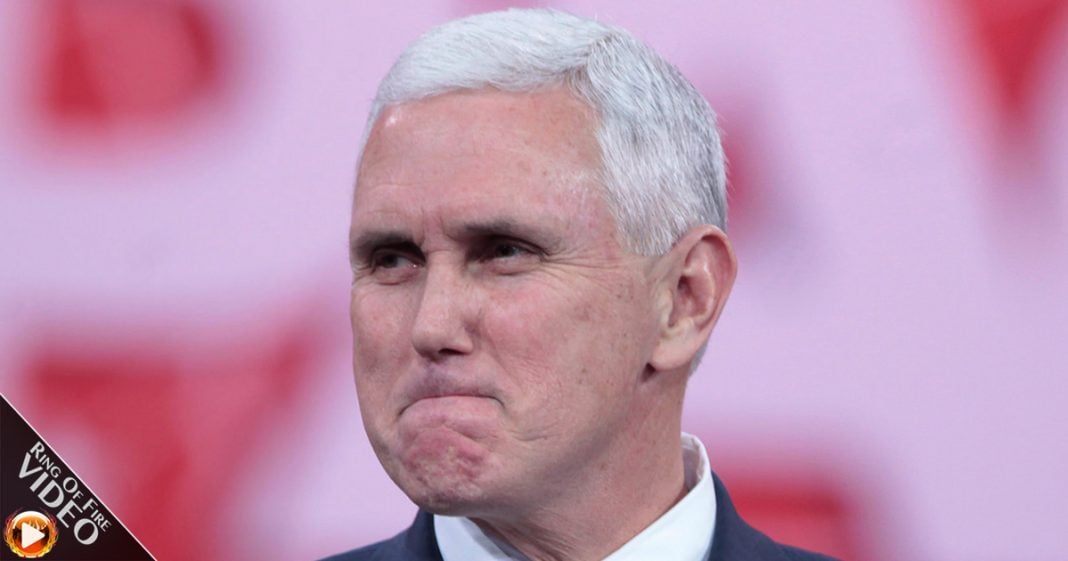 Mike Pence believes that there is a “real opportunity” to “revamp” Medicaid once Republicans repeal Obamacare, but the GOP’s plan would actually strip Medicaid benefits from millions of Americans living in poverty. But Pence doesn’t seem to care. The Ring of Fire’s Farron Cousins discusses this.

While most of the attention of the media has been focused on Donald Trump and his horrific cabinet appointments, a little bit of attention needs to be paid to Vice President Elect, Mike Pence. After all, Pence is a very scary character, somebody who the pro-choice movement is facing an enormous villain. The right to vote, the right to marry whomever you want, all of those things are under attack from Mike Pence.

Let’s take a look at one of the most recent things Mike Pence has said. This past weekend, during an interview, he said he is very open to the idea of creating some sort of Medicaid block grant program once Republicans in the house get to repeal Obamacare. Now, for anybody who isn’t quite sure what a block grant program means, it means that the federal government would dole out to each state the amount of money that they could spend on Medicaid, and then they would back out of it. The federal government would no longer be involved, other than handing them that check. State by state, the rules would be different. Each state is, obviously, allowed to make up their own rules about who qualifies, what kind of services are covered under this Medicaid, and how long you’re even allowed to be on the program.

For Republicans, considering, I believe, they control about 34 state legislatures and governorships, they’re going to be able to completely destroy the entire Medicaid system which provides health insurance for millions of lower income Americans, many of whom live below the poverty line. Basically, what Mike Pence is wanting to do, what he’s excited about doing, is stripping away the health insurance of people who live below the poverty line by destroying and dismantling Medicaid, and remaking it into some sort of Republican wet dream come true, where the federal government has absolutely no power. All the power lies within the state.

The state, to be honest, at that point could even privatize the system. That is exactly what Republicans want to do. They’ve already talked about the possibility of privatizing social security, privatizing medicare, and you know Medicaid is right there with those. Once the system gets privatized, just like we’ve seen with the private prison industry, everything’s going to go to hell. That’s what Mike Pence and the Republicans want.

Mike Pence is a very, very, scary character. Not enough attention was paid to him during the campaign, and so far right now, almost no attention is being paid to the scary things that he wants to do. Given the fact that Donald Trump has no idea what he is doing, Mike Pence, like Dick Cheney, is going to play a huge role in policy making during the Trump administration. That is one reason why a lot of us need to kind of start worrying about this guy.

We have made a lot of social gains during the Obama Administration. Mike Pence threatens to take away all of that. He’s going to send up back to the early 1800s, because that’s what his mindset is set to. That’s what he wants. That’s what he likes. That’s Mike Pence, old school Republican, bigoted, hates everybody that ain’t white, Mike Pence. I encourage everyone, start paying attention. Understand where Mike Pence came from, what he’s done in office, and where he wants to take this country. Once you understand where he wants to take us, you know exactly where you need to start fighting.