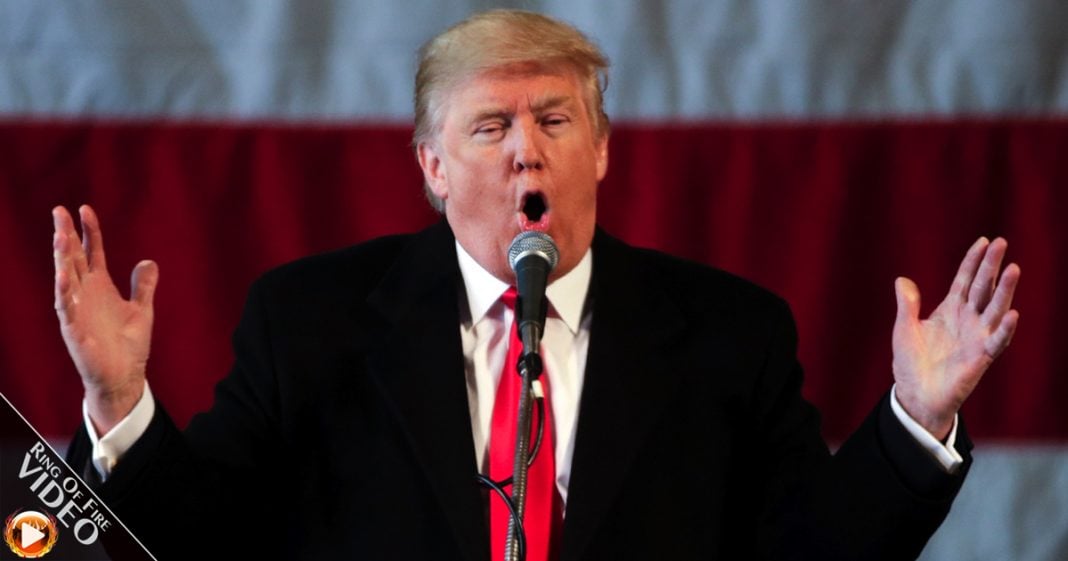 Leon Panetta, the former Secretary of Defense, said that he’s deeply concerned about the fact that Donald Trump is not going to the intelligence briefings that he’s supposed to be attending. And Panetta is not alone – the intelligence community as a whole is terrified about the potential ramifications of a know-nothing president who refuses to educate himself. The Ring of Fire’s Farron Cousins discusses this.

Leon Panetta, the former Secretary of Defense for the United States, went on CBS’ Face the Nation this past weekend where he told people that hey, I am very concerned about the fact that Donald Trump is not taking his daily intelligence briefings before he takes over the White House.

Now just to go ahead and clarify what the new president and the current president have to do, the intelligence community every single day briefs the president on what’s going on in the world. What crises do they need to pay attention to? Who has done what? Has someone fired a missile? Is someone planning an attack? Do we have any information that could indicate somebody is planning an attack? Things like that that effect our national security and international stability all over the planet. Now according to Panetta, Donald Trump has gone to a few of these briefings, but for the most part he is completely ignoring them and not getting briefed every single day.

Now I know Donald trump has no political experience and he had no idea that the job of the president was this involved. In fact that’s one thing that came out of the meeting that Trump had with Obama was that Trump was shocked that the president had to do so many things. But this is not something you can ignore. This is not like skipping a meeting with Paul Ryan. This is national security. The intelligence community is very concerned about the fact that Donald Trump doesn’t seem to care and I don’t think that Trump understands the fact that when you are president, you can’t just not do it. You have made an obligation to the American public. You are going to take an oath of office swearing to do this.

It’s not like Trump Industries where you can send a little representative to go sit in a board meeting if you to. You have to be there. You can’t be president in absentia. You have to understand every single thing that’s going on in the world and to be honest, I think that’s a point that a lot of presidents haven’t gotten enough credit for. You have to know everything.

By the way, what happened the last time we had a Republican president that decided to just ignore a couple intelligence briefings, like that one from August 6th, 2001 that George W. Bush decided to ignore and titled Bin Laden Determined to Strike Within the United States? We don’t need another 9/11. We don’t need another George W. Bush, but unfortunately that seems very likely with Donald Trump because he doesn’t even want to pay attention right now.