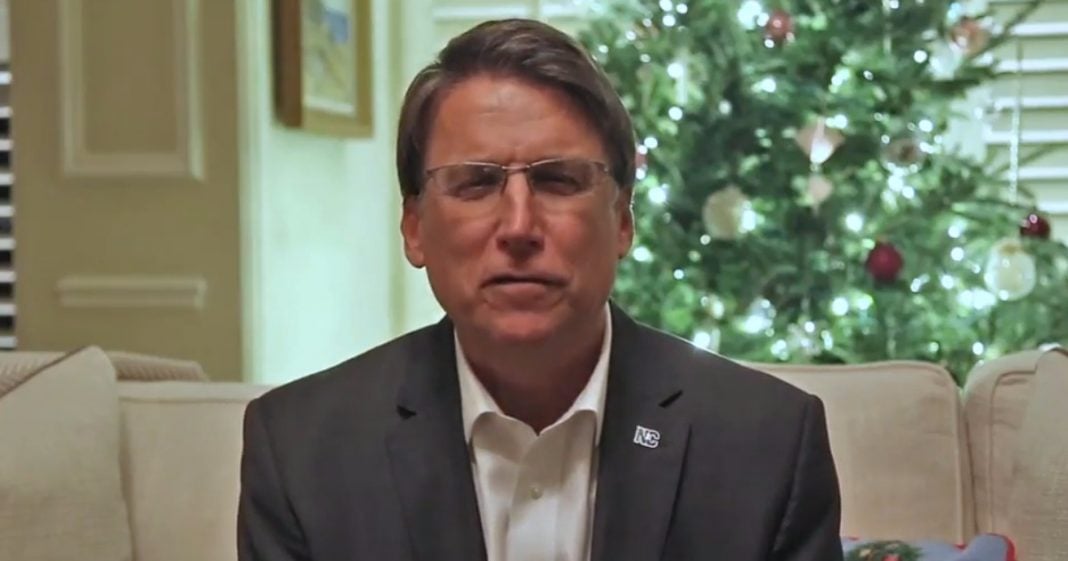 After trying and failing to secure a recount in his state’s gubernatorial race, North Carolina Governor Pat McCrory has finally conceded to his Democratic opponent.

In a video statement released on YouTube Monday, McCrory conceded defeat, while still raising questions about the election.

“I personally believe that the majority of our citizens have spoken, and we now should do everything we can to support the 75th governor of North Carolina, Roy Cooper. The McCrory administration team will assist in every way to help the new administration make a smooth transition.”

It was nearly a month ago that the election was held, and though opponent Attorney General Roy Cooper was ahead from the start, McCrory cried fraud and demanded a recount.

That recount was being carried out, though initial tallies showed no change. When McCrory noted the lack of result from the recount, he issued the video to concede.

After making national headlines for his infamous “bathroom bill,” which McCrory later signed into law, the governor was apparently shocked to find that residents of North Carolina had grown weary of his discriminatory policy.

Now that he will be stepping down in January, Cooper can get to work repealing the discriminatory law which enables harassment and endangering of Trans citizens on the basis of their gender appearance.