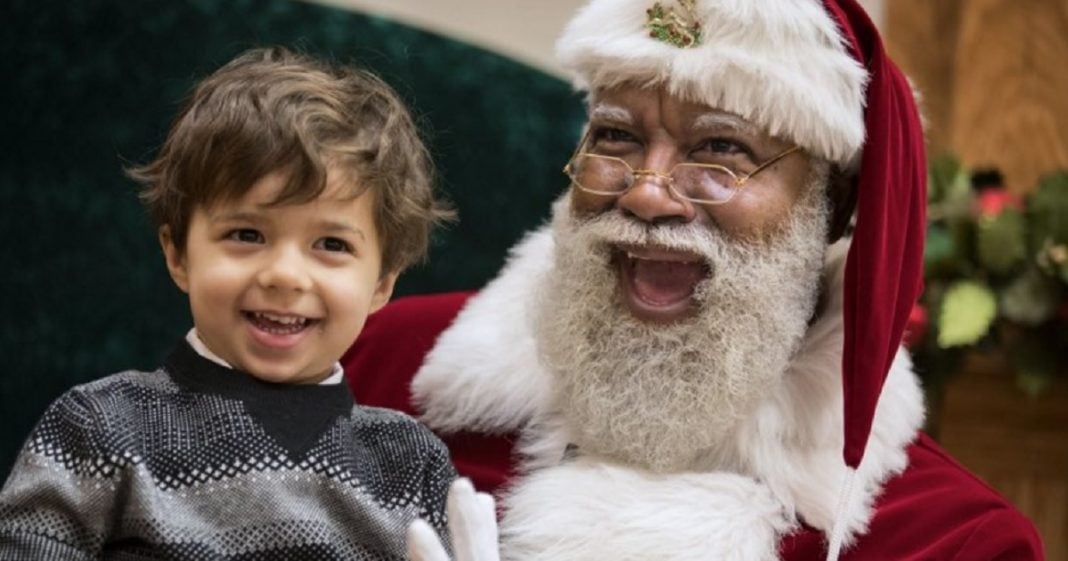 It appears that the mythical war on Christmas has taken on a new racial spin as the Mall of America faced a sad level of backlash for the hiring of a black man to play the mall’s Santa Claus.

Around this time of year, we can expect a bit of trumped-up outrage about various elements of holiday cheer – most often it’s about a red Starbucks cup or the infamous debate between “Merry Christmas,” and “Happy Holidays.” But now that we live in Trump’s America, what was once mere outrage has turned into dark-hearted prejudice.

The Mall of America hired their new black Santa, Larry Jefferson, a retired U.S. Army veteran from Irving, Texas, and were set to have the man perform his Santa duties last week.

Jefferson, who looks like a perfect painting of Santa from a greeting card, faced significant backlash from prejudiced folk nation-wide who couldn’t stand the idea that black families, too, like to picture their Santa looking just like them.

When the story of Jefferson’s Santa was reported online, the worst of the internet community rose to the surface, calling the portrayal “racist” and lobbing racial slurs.

Some even called for a boycott of the mall’s Christmas display, proving once more that there is nothing diversity-hating Christians love more than an old-fashioned boycott.

Considering how many times white Americans have whitewashed history to fit their own Anglo-Saxon narrative, it only makes sense that a black Santa might get the chance to shine once in a while.

After all, what would born-in-Middle-East-but-somehow-blue-eyed Jesus think?