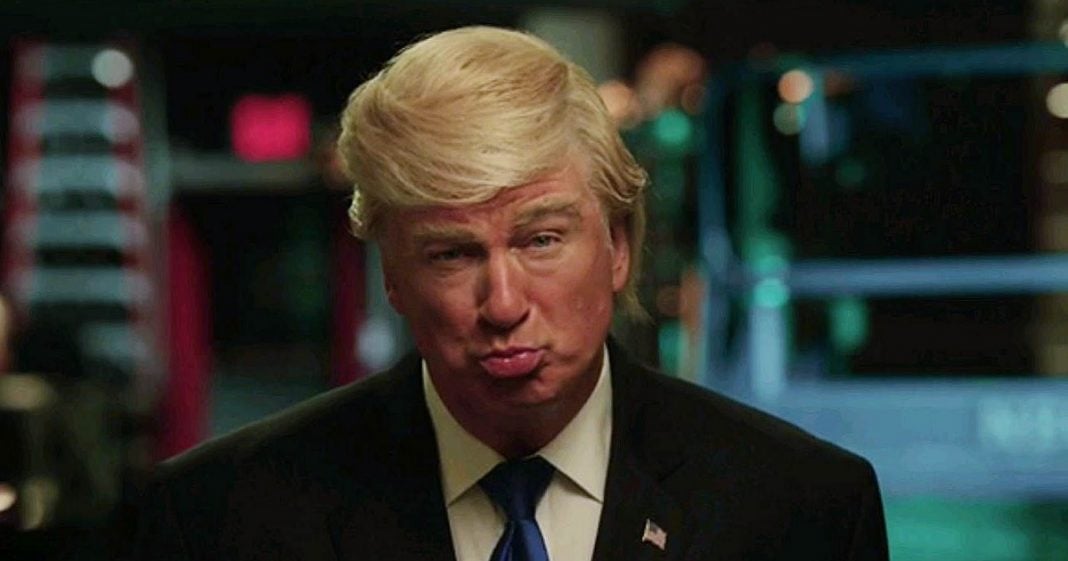 On Saturday evening, when President-elect Donald Trump should have been doing literally anything else, he was busy watching comedy sketch show Saturday Night Live which just so happened to have a sketch or two revolving around the Donald.

The sketch featured actor Alec Baldwin reprising his role as Trump once again, this time addressing his clear addiction to Twitter.

Now, rather than laughing it off and worrying about real issues that the soon-to-be POTUS faces like war and education about foreign affairs, Trump’s SNL viewing left him fuming. And the only source of expression for the PEOTUS to share his frustration? Why Twitter, of course!

This is not the first time he has called the sketch show “biased” seeming not to realize that as a comedy show – not a news show – SNL is under no obligation to give the Republican man “fair time,” or try to appear unbiased.

Trump, who appeared on SNL in 2015, has tweeted several times in response to SNL sketches about him before. He has called out Baldwin’s impression specifically saying it was very bad, while saying that SNL should hang up the towel for good.

Considering that the whole point of comedy, especially comedic satire, is to rankle the thugs at the top, SNL isn’t going anywhere anytime soon. Rather than wanting the show to end, Trump’s childish tweets about the late-night show will only encourage higher viewership and more Trump sketches.

Maybe next week they’ll even give a nice ‘hello’ to the Trumps watching at home!