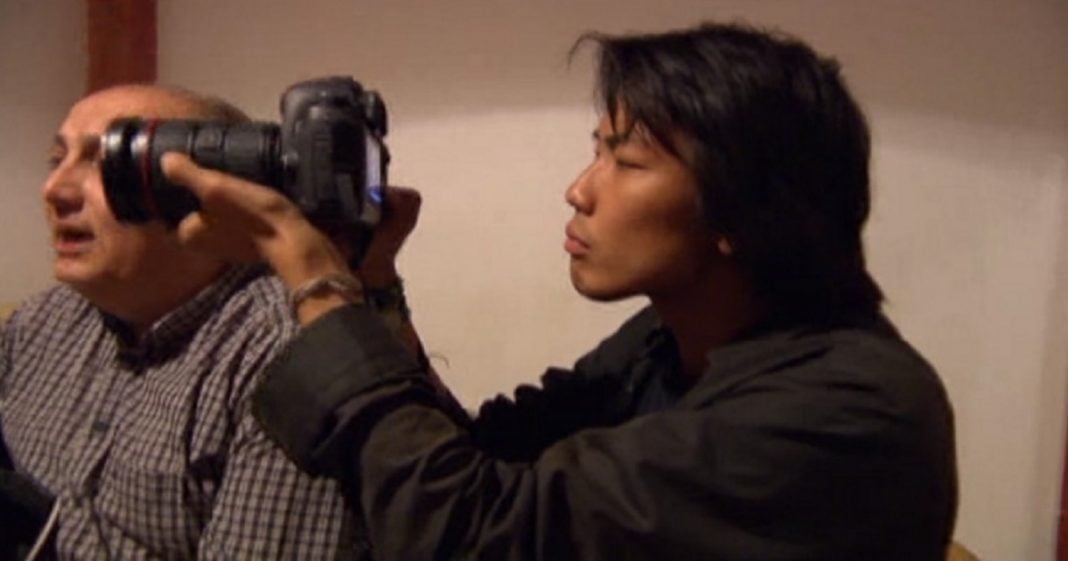 An award-winning Canadian photographer was denied entry into the United States at the border after officials learned that he planned to cover the Standing Rock protest in North Dakota.

Ed Ou, renowned photojournalist, was detained at the U.S.-Canada border for over 6 hours where he was interrogated and ordered to unlock his cell phone so that it could be searched by officials. Border patrol said that they had the right to search both Ou’s personal and work phone, but their reasoning was disturbing.

“We just need to be sure there’s no photos of you posing next to some dead body somewhere.”

Ou refused to do so, so officials forcibly removed his phones and tampered with his sim card. Eventually, the photographer was turned away from entering the United States, though no reason was given.

Ou, who has traveled all over the world and covered subjects in many different nations, said that the way he was treated was very similar to other authoritarian regimes, not the Democratic America that it once was.

Speaking with the BBC, Ou said, “This is what an authoritarian regime would do. I should know because I’ve spent the last 10 years covering them.”

Ou said that previously, the U.S. had been very open to journalists, saying it was “one of the few places in the world where you can just say you’re a journalist.”

Clearly, things are changing for many in the old U.S. of A.

We cannot know if the icy reception Ou received was simply because he is a foreign journalists, or if his intended destination was what triggered such a strong response. Standing Rock has become a major source of contention from national officials, and the last thing they want is for the outside world to become acutely aware of the human rights violations happening on American soil.

Luckily for us, national attention to Standing Rock is greater than ever, and a score of journalists are on the grounds there even now, waiting to cover any conflict or issues.