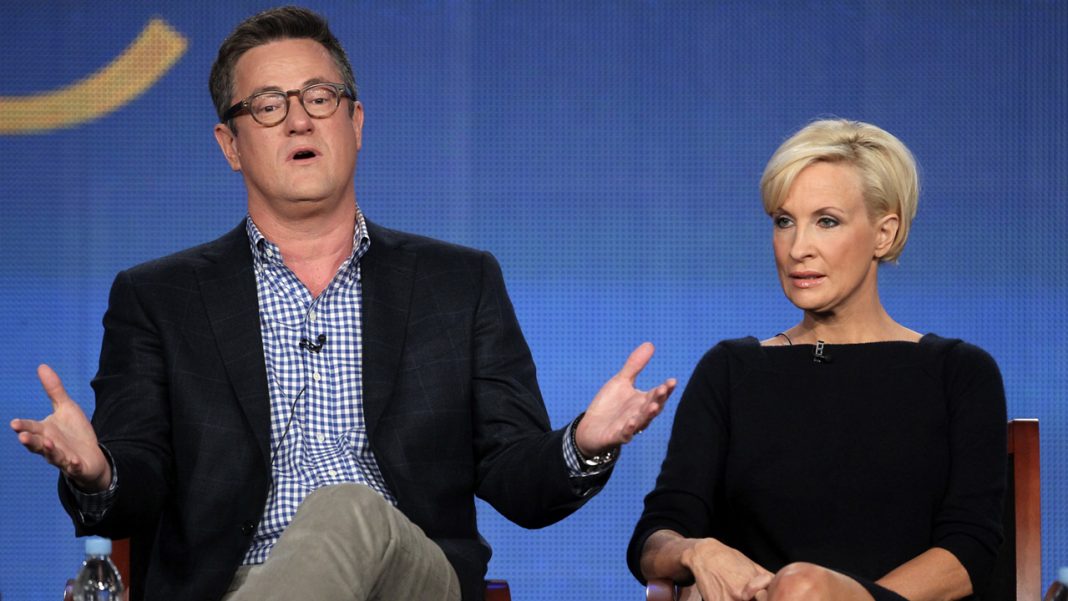 Mika Brzezinski, co-host of Morning Joe on MSNBC, says that she doesn’t think racists and white supremacists voted for Donald Trump, and claiming that they did casts an ugly shadow over the people who voted for Trump. The Ring of Fire’s Farron Cousins discusses this.

Farron:
Morning Joe, on Friday morning, decides that they’re going to defend Donald Trump supporters a little bit, and go out on the crazy limb and say that, ‘Look. These people are not racist.’ Take a look at the clip.

Joe:
They could drive people to the polls and states-

Farron:
Mika Brzezinski is usually the voice of reason against Joe Scarborough, but this is one of the dumbest things I think I’ve ever heard come out of the Morning Joe Show. She honest to God thinks that Trump supporters won, that they’re not the racists, they’re not white supremacists, those people didn’t vote for him. The Trump voters were just Bernie supporters or Jill Stein supporters. That’s who elected Donald Trump? I have not seen any Bernie Sanders supporter that voted for Donald Trump, not one, but to say that the racists didn’t? The KKK itself planned a victory rally after Donald Trump won. That is a fact, Morning Joe. The KKK and David Duke are elated that Donald Trump has taken office.

We have had almost 1,000 incidences of hate crimes committed in the wake of Donald Trump’s victory, and the Southern Poverty Law Center says that it is a direct result of Donald Trump’s victory. Not every single person that voted for Donald Trump was a racist. Some of them were just not that bright. That doesn’t make them racist, but there were plenty of them. In fact, I’m willing to bet anybody who considers themselves a white nationalist probably didn’t vote for a Democrat. I’m willing to bet that that entire voting population, the ones who actually did go and vote, every single one of them voted for Donald Trump. I am willing to bet anything on that because you can’t tell me that the racists didn’t support Donald Trump.

Look at the people he’s already putting into power in his cabinet. We have white supremacists, we have racists, we have anti-Semites, we have misogynists, we have everything from the worst that America has to offer. According to Mika, saying these things tarnishes the rest of the Trump voters. Who cares? Even if you aren’t racist, you supported a racist. You supported someone who the KKK endorsed. That may not make you racist, but it doesn’t make you that smart. Donald Trump is a racist. Donald Trump got the support of racists, and those racists help him win the White House. I really want Joe Scarborough and Mika Brzezinski to understand that because all of the evidence supports that.