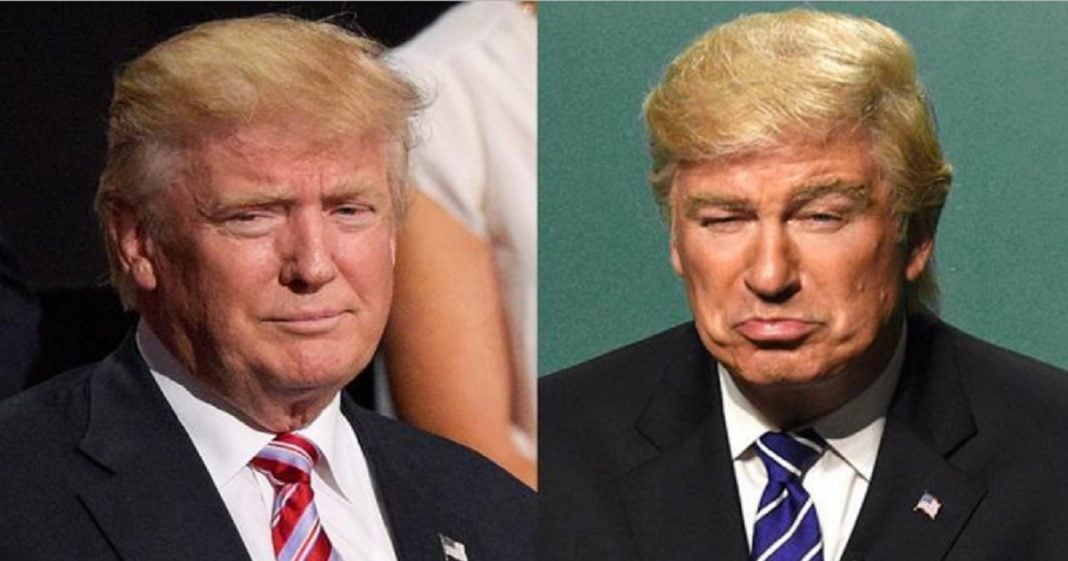 Last night’s “Saturday Night Live” did what it does best: mock those who most deserve mocking. Unfortunately for the thinnest-skinned Donald Trump, for the next four years, he has a special sign on his back which perpetually reads, “mock me!”

In response to a sketch which literally mocks Trump’s inability to leave Twitter alone, the PEOTUS tweeted out a message which said that SNL was unfunny and biased. You can’t make this up.

As he has done before when attacked by Trump, actor Alec Baldwin who plays Trump on the show responded to Trump’s tantrum with an interesting proposition.

Now we all know that won’t happen, so the mockery shall continue!

Despite being elected to the highest office in the land, Trump refuses to accept that in a nation which treasures freedom of speech, the freedom to mercilessly mock, criticize, and despise the man at the top is one of the tenets of Democracy.

Instead, Trump would like to see his citizenry cower in fear and awe of the man, echoing the dictatorships and fascists leaders of other nations and other times.

Unfortunately for Trump, Americans won’t let our freedom of expression go so easily, so he had better just stop watching the television or learn to accept his new position as mockery-in-chief.