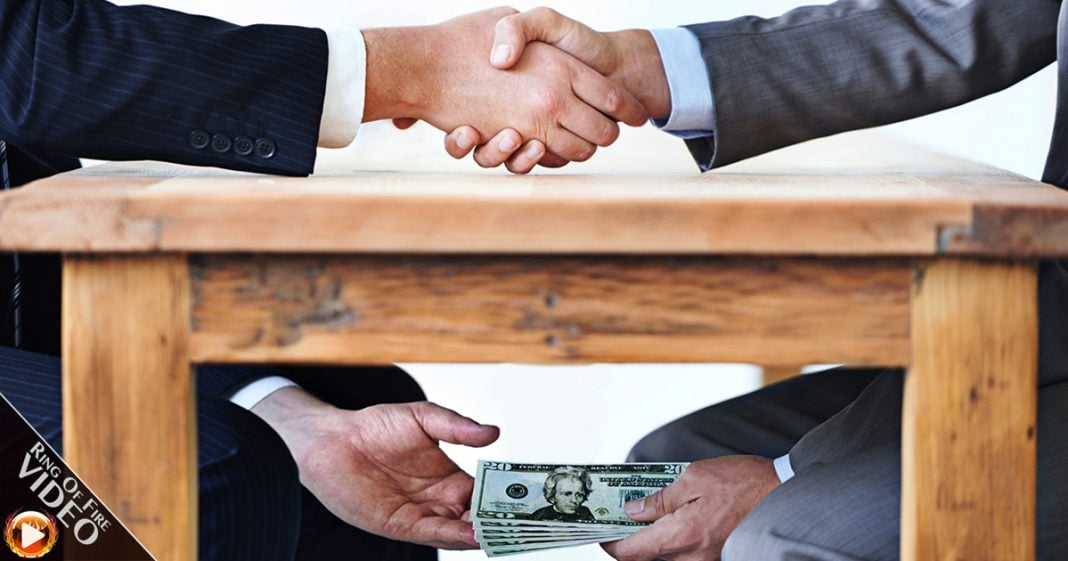 Donald Trump is the kind of guy who has gotten everything he’s ever wanted in life without consequence. That breeds a horrible character, and this affluenza will now be calling the shots in Washington, D.C. The Ring of Fire’s Farron Cousins discusses this.

It’s been about 18 months to possibly 24 months since the term ‘affluenza’ was introduced in the United States, and it came to represent the disease, this illness, that afflicts rich, wealthy white people, to where they live a life without any consequences whatsoever. We saw it with Brock Turner. We’ve seen it in several other instances where young, white boys have raped women, but they get reduced sentences or no sentences whatsoever because the judges say, ‘Look, they’ve lived a life of privilege. They don’t know right from wrong, so we’re not going to punish them.’

Now this year, we elected affluenza to be the next President of the United States because when you think about it, that is exactly what Donald Trump is. This is a man who was born into a life of privilege. A life that most of us couldn’t even imagine. He got that small loan from his father of a million dollars to start his multi-billion dollar industry, and he has lived his entire life without any consequences. And, if you want even more similarities between Donald Trump and Brock Turner, take a look at all the sexual assault claims that Donald Trump has not only made but that have been filed against him.

Donald Trump is affluenza. Affluenza is America now. That is how the rest of the world sees us. Meantime, you have black men, women and children being killed in the street simply because they are black. They’re not armed. They’re not posing a threat. They’re not breaking the law. They’re not doing anything wrong and they get murdered because of the color of their skin.

Donald Trump, being a white, rich guy, is the epitome of everything that is wrong with the United States. He is the epitome of affluenza, and now instead of it being an instance here and an instance there, it’s running this country. We’re going to see more of it. We’re going to see a larger degree of this under Donald Trump because this government that’s coming in in January is only going to serve wealthy, white people. All those working class, middle of the road Republicans who voted for Donald Trump are about to get screwed and they’re going to get screwed harder than they could even imagine right now because they’re not wealthy.

But they’ll fall for it again because out of those people, 65% believe that one day, some day in their life, they’re going to make it into that top 1%. It’s great to have dreams but you also have to be realistic. 65% of people out there believe they’re either going to win the lottery or in some other way become a millionaire in their life, and hopefully, according to them, get infected by that affluenza bug.

We just put patient zero for affluenza in the White House.