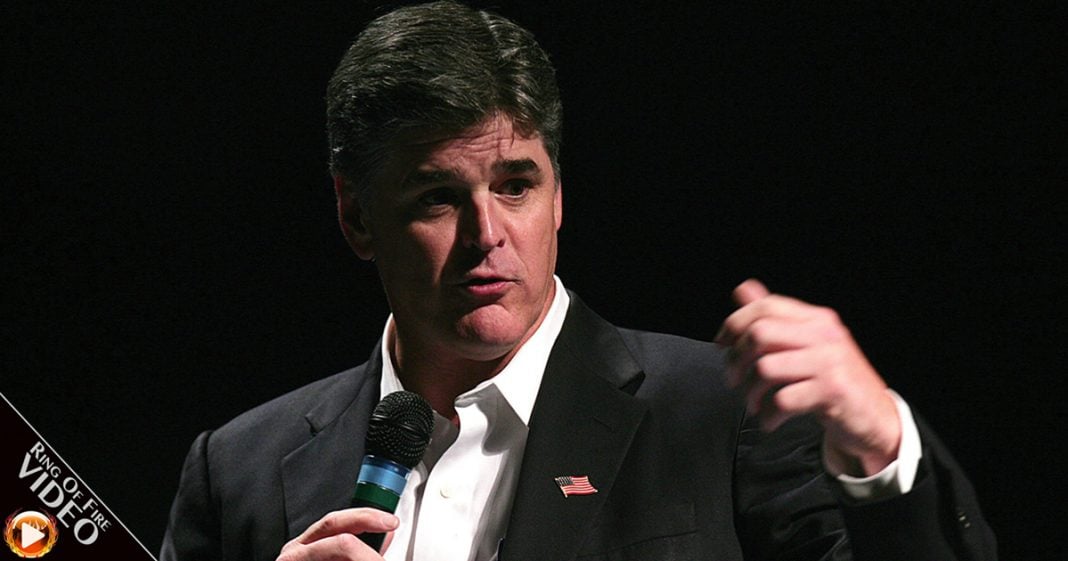 Sean Hannity told Breitbart News that the electoral map proves beyond a doubt that America is a conservative-leaning country. Don’t tell that to the millions of Americans who voted AGAINST Donald Trump, who has now lost the popular vote by more than 2.3 million votes. The Ring of Fire’s Farron Cousins discusses this.

Sean Hannity is never that anyone of any intelligence looks to for insight on any issue facing the American society. However, that hasn’t stopped Sean Hannity from consistently opening his mouth and speaking about things that he has no clue about. That’s exactly what happened yesterday when Hannity spoke with Breitbart News Daily and told them that when you look at the electoral map and you see all that red, that clearly means that the majority of people in the United States are conservative, so go screw yourselves liberal. He didn’t add that last part, but I know he wanted to.

Anyway, you look at the electoral map, yeah there is a lot of red there. But Sean, a map is not a representation of population, you idiot. It’s geography. Now, I know Sean Hannity does not have much of an education, and that’s not an attack, that is true. I’m going to explain the difference between a map and a census. See Sean, a map is an outline of boundaries, okay? It does not reflect populations of any kind, it just shows you geography, topography, things like that. It’s a map. It’s a place. It shows you an area. Now a census Sean, is where you get to see how many people there are and where they live. When you put the two together, you find out that the majority of the country doesn’t live in those Midwest red states, you idiot. They do live on the coast, on either side. East and West. Yeah, there’s a lot of people in Middle America, but there are a lot more on the coasts.

Stop trying to tell us that the majority of the country is conservative. Hell, even the polls show us that more people identify as Democrat or leaning Democrat or left-leaning than they do right-leaning conservative. Self-identified, Sean. People don’t like the Republican party. ‘But then how did Donald Trump win?’ Well, technically he didn’t win. Hillary Clinton at this point is up by 2.3 million votes in the popular vote. Donald Trump won because we’re still using an outdated rigged electoral college system, where you only have to win a couple states, you can ignore the rest and you can still be President. Even when you lose the popular vote.

Nothing Sean Hannity told Breitbart News is correct or accurate or even remotely based in reality. All of the evidence out there points to the fact that the United States as a whole leans to the left. All of the evidence that Sean Hannity is giving us, only proves that he is an absolute moron who has no idea what he’s talking about. You know, I have to say I kind of admire Sean Hannity a little bit, because for being so stupid, so ignorant about the issues, he’s done pretty well for himself. You got a very successful radio show, successful TV show, millions of dollars, all that without a single functioning brain cell. That’s pretty impressive when you think about it.