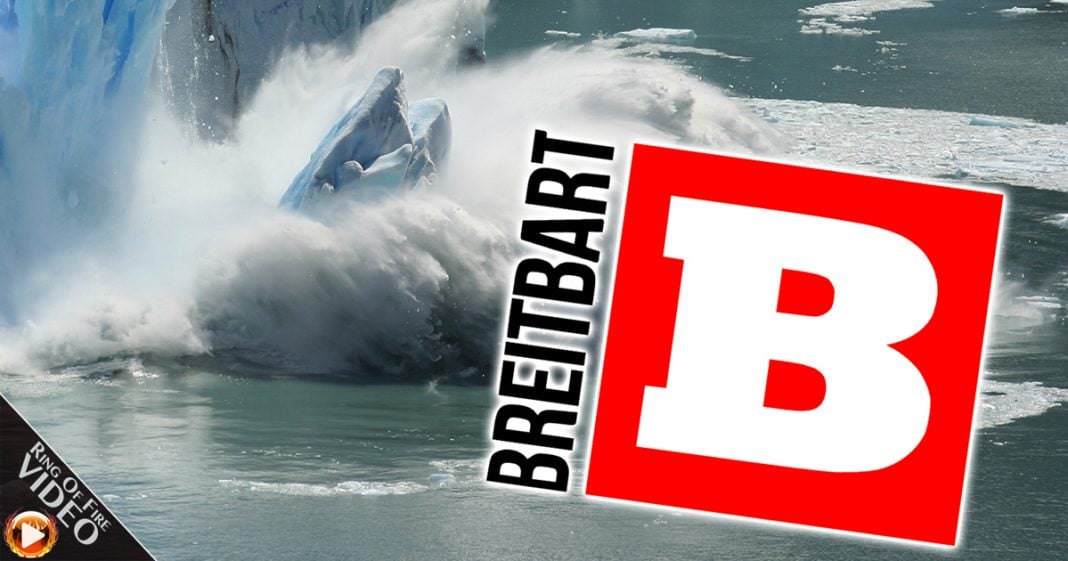 The Republican-controlled House Science Committee tweeted out an article from Breitbart to “prove” that climate change isn’t real. The article in question said that the fact that it is cold proves that the whole issue is a liberal hoax. The Ring of Fire’s Farron Cousins discusses this.

Now, before we get into the nonsense that is that argument, let’s take a second to think about the fact that this is the House Science Committee. These are people with tremendous power in the United States and they’re relying on an idiotic fake news source like Breitbart for their information? Because that’s the only site they can find that actually will repeat what they believe? This is absolutely abhorrent in the United States in 2016. You can’t, as a government body, tweet out bullshit from a fake news right-wing, white supremacist website. That should be a very real problem for them and somebody should look into this and find out who is responsible because that’s irresponsible to do it. It’s putting American lives in danger.

Now let’s get into the actual argument that the Breitbart article tries to make. It’s cool, it’s the end of fall, we’re a couple of weeks away from winter, and it’s cold. Oh my god, stop the presses! That’s what fricking happens. You idiots. Yeah, it get’s cold in the winter. It gets hot in the summer. It’s middle temperatures typically in the spring and fall. That’s called weather not climate. That’s the problem that republicans have. They cannot disassociate climate from weather! If it’s sunny or cloudy or raining or cool or hot today, that is weather. Global temperature trends going upwards, the atmosphere filling up with CO2, that’s climate. Very simple difference.

By their own logic, by saying that oh, there was a rainstorm in Florida so how can there be a drought in California? The two things aren’t related! It’s like when Jim Inhofe took the the snowball to the floor of the Senate and threw it down and said this is snow, global warming’s not real. Republicans are so stupid when it comes to science. There’s no question about that. They can honest to god look at data from scientist and just say no. Just say I don’t believe this, I don’t believe your academic study that’s been peer-reviewed. I don’t believe the scientific consensus. I’m going to go with what the folks at Exxon tell me to say. I’m going to believe what the Coke brothers want me to believe because they’re paying for my campaign. Climate change, just a liberal hoax.

Let me ask you, if it’s a hoax, if it’s a hoax, if scientists everywhere are trying to trick us into creating a better environment, what do we have to loose? That would be the worst prank in history. Ah ha! You cleaned up the environment for nothing suckers. What the hell! Seriously. That is what Republicans believe. There is no downside to addressing carbon emissions and pollution. There is no downside at all. For republicans to get out there and tacitly give their endorsement of a news source like Breitbart, that is dangerous for democracy. That is dangerous to the scientific community and it’s dangerous to the intellectual discourse taking place in the United States. You can’t do that.

I do think there needs to be an investigation into this. I do think we need to find out who tweeted this, who approved the tweet, and they need to be fired. There is no question about that. When you’re in a position of power, your words matter. The House Science Committee is going to understand that real soon.