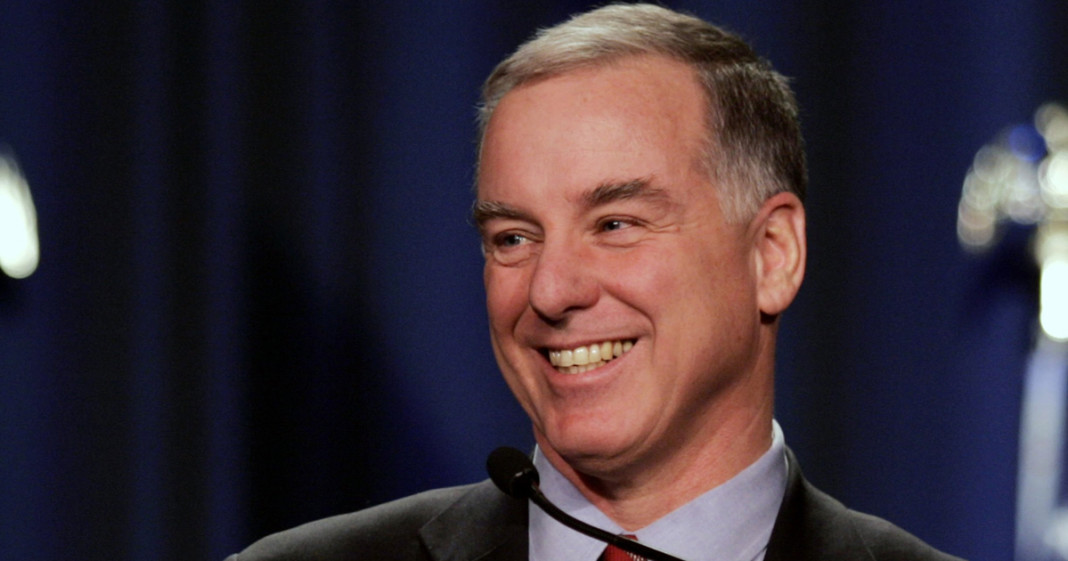 On Friday afternoon, Governor Howard Dean addressed a crowd in Denver via video conference where he told those assembled that he would no longer be running for the DNC chairmanship.

This, according to Politico National Political Reporter Gabriel Debenedetti, who is attending the Colorado event.

JUST IN: @GovHowardDean tells the crowd in Denver, via video, he is NOT running for the DNC chairmanship.

Speaking to the crowd, Dean warned against allowing the fight for DNC chair to further split the party – a warning that comes far too late.

“We cannot allow this to become a proxy fight between Bernie Sanders’ people and Hillary Clinton’s people.”

Dean, a failed presidential candidate, served as the largest threat against progressive congressman Keith Ellison who is also gunning for the position of DNC chair.

Ellison has faced significant controversy in recent days as issues of his past have risen to the surface. Nevertheless, many argue that Ellison’s past has been made up for as he has apologized for his relationships with a few less-than-savory times.

Ellison has been endorsed by Senator Bernie Sanders, Senator Elizabeth Warren, and Senate Minority Leader Chuck Schumer, among many others. To progressive types, Ellison’s far-left stance is exactly what the DNC needs in these troubling time.

After all, while the rest of the nation was still mocking Trump’s presidential bid, Ellison was one of the few to speak up and say that Democrats need to take note and prepare for the possibility.

Now that Dean is out, it should be an easy process to quickly confirm Ellison, but for progressives who want to help, there is a fundraising website which will allow you to pledge a donation to the DNC on the condition that Ellison is made chair. If he is not made chair, your form of payment won’t be charged. This is a simple way to incentivize the Democratic party into finally listening to the people and making the first smart decision of the last four years.