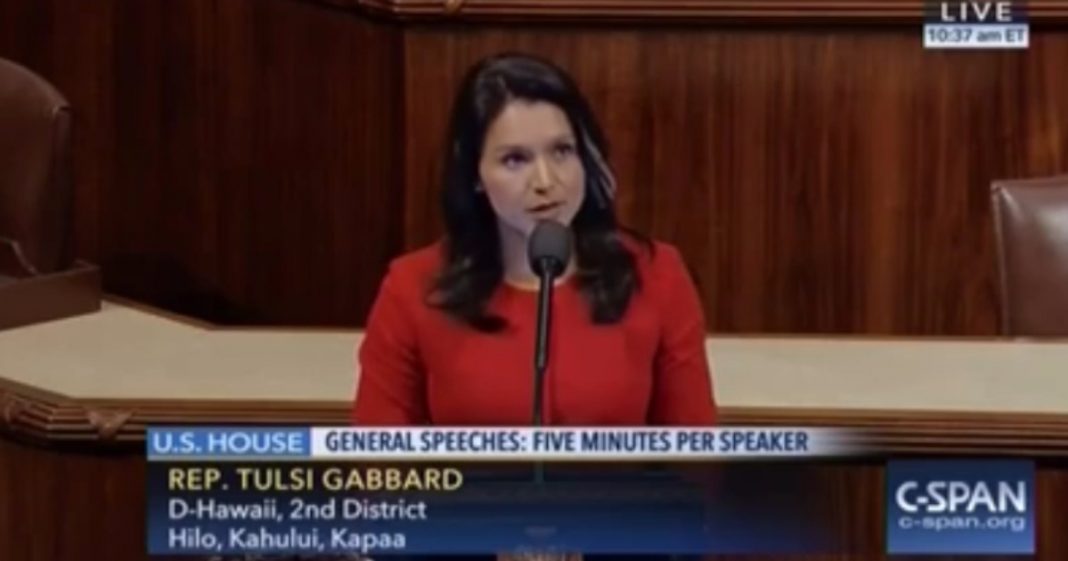 Congresswoman Tulsi Gabbard has talked the talk on her opposition to the Dakota Access Pipeline, but now she is walking the walk as she prepares to join the protest in a mass of veterans who are deploying to the protest site to protect those fighting for their rights.

Taking to the House floor on Thursday, Gabbard addressed President Barack Obama as she called on him to halt the construction of the pipeline in order to protect the health and well-being of the protesters as well as the planet.

“The Dakota Access Pipeline is a threat to this great balance of life. Despite strong opposition from the Standing Rock Sioux, and serious concerns raised by the EPA, the Department of Interior, the Advisory Council on Historic Preservation, and other federal agencies, the Army Corp of Engineers approved permits to construct the DAPL without adequately consulting the tribes and without fully evaluating the potential impacts to the neighboring tribal lands, sacred sites, and their water supply.”

Gabbard explains that the company involved in this pipeline has a long, dark history of defective and destructive pipelines that have leaked and even exploded – not a comforting thought for the tribes who live on or near the site of the incoming pipeline.

“Stand in solidarity with our Native American brothers and sisters. Together, we call on President Obama to immediately halt the construction of this pipeline, respect the sacred lands of the Standing Rock Sioux, and respect their need for clean water.”