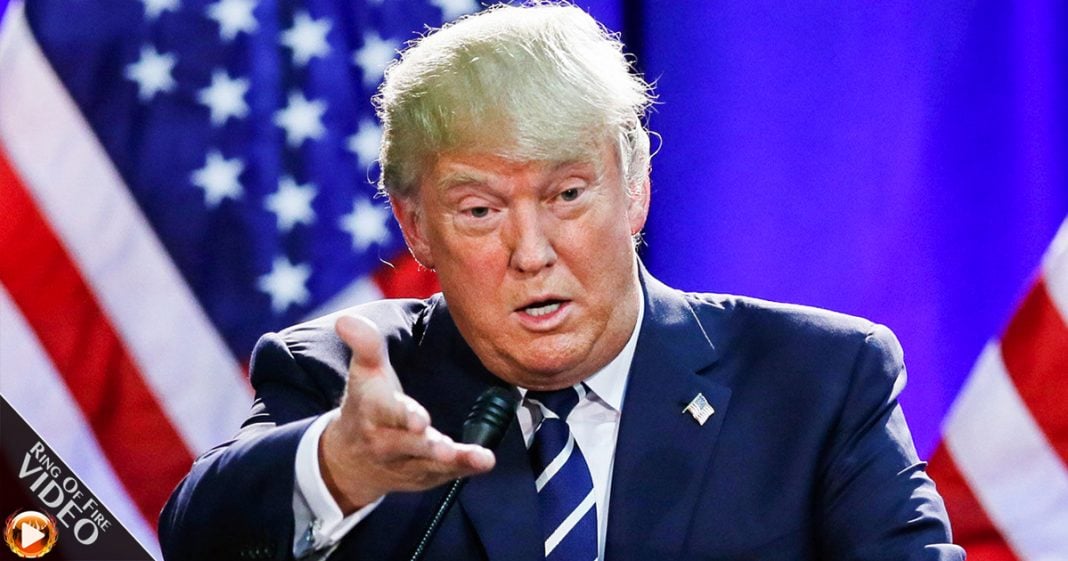 Ari Berman joins Ring of Fire’s Sam Seder to talk about Trump’s claims of election fraud via twitter and what it could mean for future voters.

Sam:
Ari, here we are. It is now close to three weeks after the election. We don’t … The electors will be voting in late December. There’s no reason to believe right now that they’re going to vote for anybody but Donald Trump, at least in terms relative to the way that we now know. Michigan has been officially called for Donald Trump the beginning of this week. Yet, we have the green party demanding a recount, and suing in a couple of places. Pennsylvania, Wisconsin they’re going to be suing for a hand recount. They’re going to be, it appears, trying to get a recount in Michigan. We have the winner of the election claiming that there were millions of fraudulent votes. No breakdown as to what that means, or where they came from, except for three states he mentioned via Twitter. He’s also claiming that he won the electoral college in a landslide. Obviously we’re sort of, I don’t even know how to characterize what kind of era we’re entering into, but it certainly makes you think that maybe the democrats, last time they had control of everything, should have done something to solidify the way we vote in this country.

Ari:
Well, I mean, I don’t even know where to start, Sam. It’s never really … It’s really an unprecedented situation where the winner of the election, who got 2.5 million fewer votes, is complaining about how things went. If anything, Trump should be thrilled with the scenario in which he now controls everything, even though 2.5 million fewer people voted for him. Obviously, there was no widespread voter fraud. The things he’s referring to are totally baseless. His campaign has still yet to provide any evidence backing up his claims, but we’re in an era now where the President-elect can basically just tweet whatever he wants, and everyone has to cover it, even if he provides absolutely no basis for his statements.

I think the bigger issue here that even I’m concerned about is that this is opening the door for Trump and the people that he appoints to make it much harder to vote. There already is a strategy within the GOP to make it harder to vote in all of these states, and clearly if you believe, like Trump believes, that millions of votes were cast illegally, whether he’s saying that in good faith or not, well if you believe that, then you’re certainly going to support efforts like stricter voter ID laws, and making it harder to register to vote, and appoint people who are going to do those kinds of things. I think that you can kind of laugh at the tweet, but the agenda behind the tweet is very scary.

Sam:
What’s amazing is just how much has and will change with this election. Not for the better. Not just within the lines of our democracy, but sort of transcending, and more of a sort of on a meta perspective of the existence of our democracy in many ways. I mean, we, three or four months ago, you and I were talking about what are the chances, they’re probably slim, but what are the chances of Congress actually doing what the Supreme Court suggested that they needed to do to redevelop a formula for pre-clearance in the Voting Rights Act? We have seen an all-out assault in the three or four years since the Supreme Court gutted section five of the Voting Rights Act. We thought maybe a democratic president would be appointing that fifth justice that has been vacant for about nine months now. Maybe coming up on a year soon. They would re-institute the Voting Rights Act in such a way that was consistent with the way that was consistent with the way that Senate had ratified it in 2007. Now what we’re looking at is a multi-pronged assault, it seems to me, coming both from the states, both from the attorney general’s office, and from inside the White House in terms of an assault on voting rights. Where do you want to start?

Then you have all of the people in the White House. Steve Bannon, Trump’s top advisor apparently said, according to the New York Times, that only property owners should be able to vote. Now, maybe he was joking, but when his colleague said, “That will mean a lot of African-Americans won’t be able to vote,” Bannon apparently said, “That’s not such a bad thing.” Here you have a white nationalist who is openly talking about reducing voting. I mean, all of these things combined is really a nightmare scenario for voting rights. To me, we just have to be incredibly vigilant about this. This can’t be a side issue. This can’t be like, ‘Voting rights is one of the 25 issues that you check off the box.’ This has to be a fundamental fight throughout his presidency. We have to basically say, ‘We are going to do everything we can to preserve American democracy.’ I’m really concerned that American democracy cannot survive a Trump presidency.

Sam:
How do we do this without any … Let’s just look at the assets that we had prior to this election in terms of a fighting against this. You had state control … You had republicans in state houses holding all three branches of government, something like 25 states, in the vast majority of states that were covered by the pre-clearance. Just to remind people, the pre-clearance was basically a part of the Voting Rights Act which had said that states that had a history of denying people the right to vote, particularly based on race, or had a history of making rules changes that ended up denying people the right to the vote, had to basically get pre-clearance from the Department of Justice any time they wanted to do anything with their voting laws. That was reasserted by the Senate and the House back in 2007. The Supreme Court took a look at it I guess it was in 2011, I believe it was, and said … When was that case?

Sam:
2013. They basically … Well, that’s because the senators, I think it was Scalia said senators were too afraid to not re-authorize it, and they knew it was wrong, so we’re just going to go ahead and do that, because racism is basically over, and we don’t want to do any special giveaways to black people, like give them the special right to vote, or whatever it is, I guess. We still had some tools. We still had a fairly, and in many respects, the best thing you could say about the Obama administration’s Department of Justice over the course of his eight years was their record on issues like civil rights and voting. That is a tool that those of us who believe Americans should have an unfettered right to vote no longer have access to. I guess aside from that, and that was an important tool, but aside from that, there doesn’t seem to be much left.