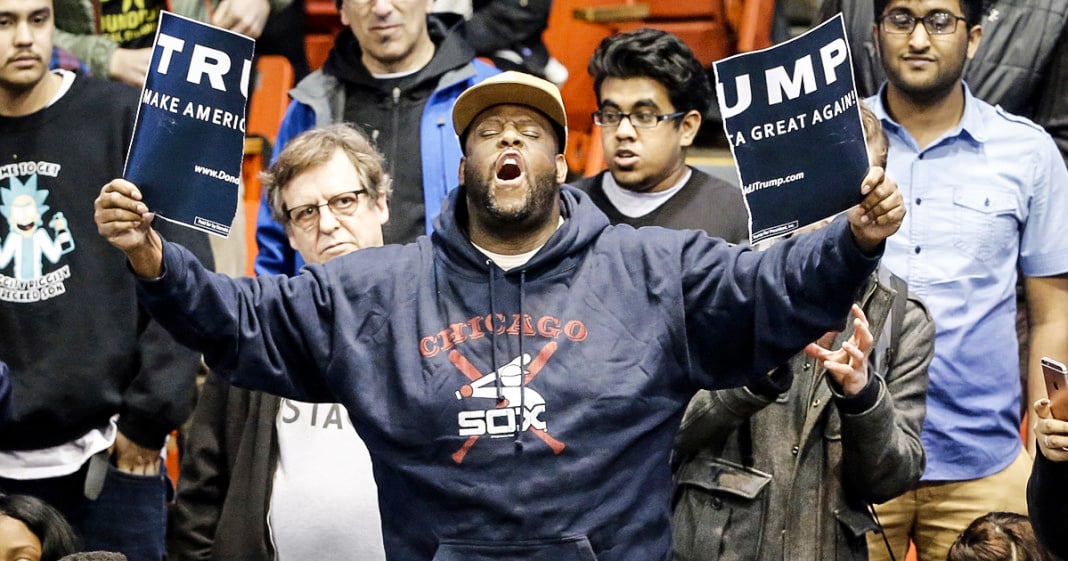 Because that’s a thing!

Since he won the election on November 8, Donald Trump has been feeling a major emptiness in his life where once the roar of adoring crowds once was.

Rather than flying all over the country shouting nonsense to a crowd who only likes nonsense, Trump now spends his days talking boring politics and mind-numbing policy. Instead of holding babies that bear his likeness and calling into “Morning Joe,” Trump has to shake hands with the likes of David Patraeus and eat frog legs with Mitt Romney.

So instead of dealing with the endless list of things Trump needs to learn and do before he becomes our real live president on January 20, he is shirking everything to go on a “Victory” – erm, I mean, “Thank You” tour.

During this tour, Trump will visit some of his most loyal cities from all over the country in the states that voted for him. First up on the list is Cincinatti, Ohio, where Trump is already being awaited by a long line of devoted supporters.

Trump will likely avoid any places that didn’t overwhelmingly support him in the election – after all he may claim to be president for all, but he isn’t likely to spend any time around those who didn’t win him this victory.

The rest of Trump’s “You’re Welcome” tour – oops, I did it again, It’s a “Thank You” tour, since Trump is so humble, of course! – the rest of his tour has yet to be announced, though he is expected to head to Des Moines after Cincinnati.

No one is sure what to expect this evening during his rally as he no longer has Hillary Clinton to smear and even President Obama is a friend of Trump these days. What will he talk about up on that stage? Maybe his special edition MAGA hat Christmas ornaments?

We’re just as mystified as you are.