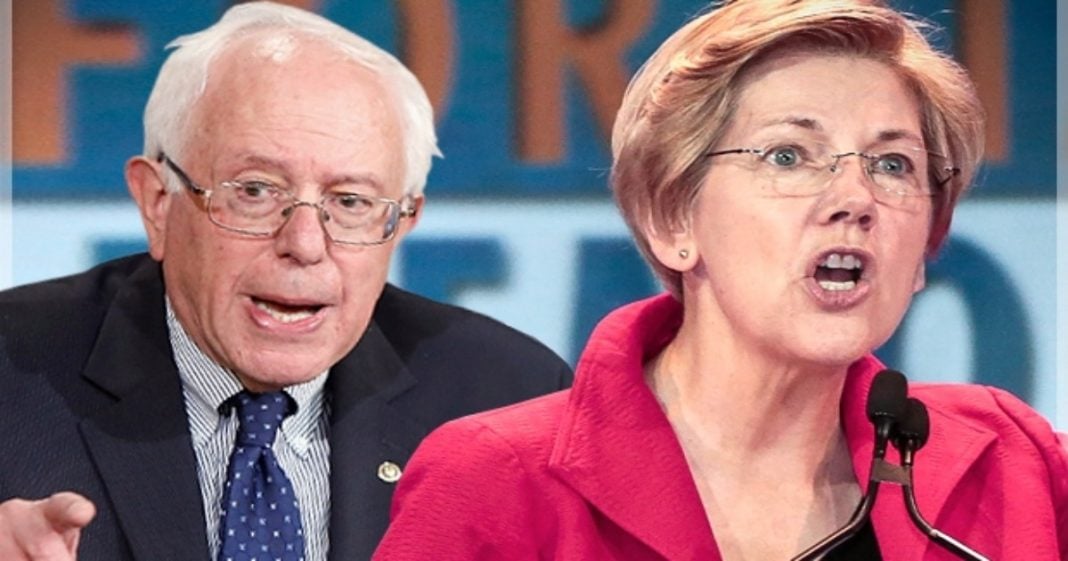 Maintaining their commitment to standing up to Trump when he breaks his promises or steps outside of the line, Senators Bernie Sanders and Elizabeth Warren issued a joint statement on Wednesday evening condemning Trump’s choice of Steve Mnuchin for Treasury secretary.

Sanders and Warren’s main focus has always been on keeping corporate and government separate, which is why they felt compelled to release this joint statement on Mnuchin’s appointment.

Despite his calls for draining the swamp, Donald Trump has just appointed a billionaire and former Goldman Sachs partner to head the Treasury, the clearest example of combining Wall Street and government there is.

On that appointment, Warren and Sanders jointly declared,

“During the campaign, Donald Trump told the American people that he was going to change Washington by taking on Wall Street. Donald Trump’s choice for Treasury secretary, Steve Mnuchin, is just another Wall Street insider. That is not the type of change that Donald Trump promised to bring to Washington – that is hypocrisy at its worst. After his bank pocketed billions in taxpayer dollars from the bailout, Mnuchin moved on to make a fortune running another bank that aggressively foreclosed on families still reeling from the crisis. This pick makes clear that Donald Trump wants to cater to the same Wall Street executives that have hurt working families time and again.”

It’s as simple as that: Mnuchin is the most crooked person Trump could have chosen for this position or any other, and he can no longer claim to be a “non-politician” with his fully insider cabinet.

While we wish Warren and Sanders were focused more (or at all, in the case of Warren) on a certain human rights violation happening in North Dakota, we recognize that their vigilant watch-dogging of Trump and his corporate creeping is a vital part of the resistance as well.