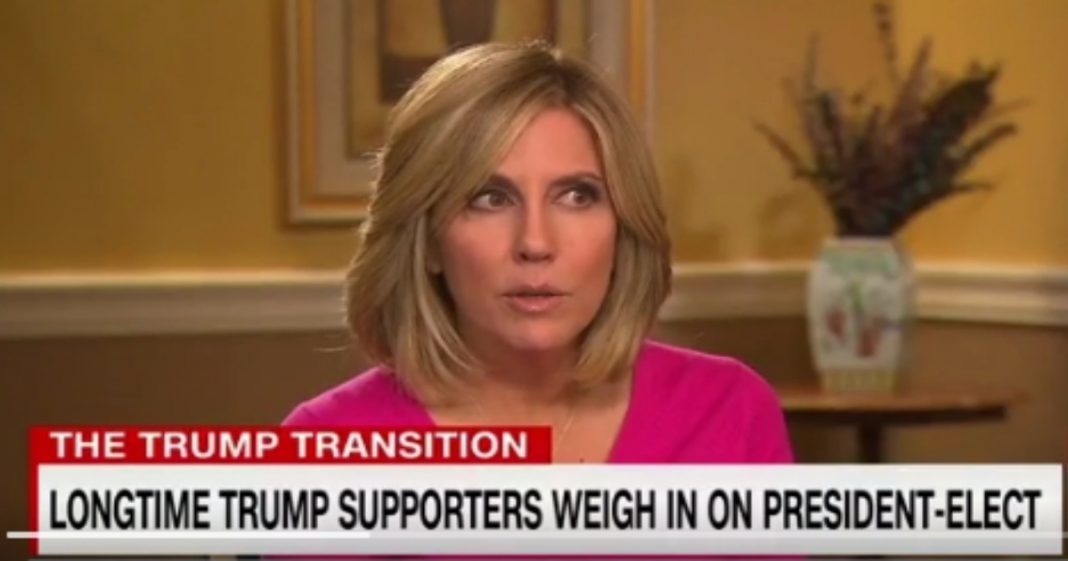 During an interview with some “regular Americans” on Wednesday, CNN host Aislyn Camerota got more than she bargained for when she found a handful of people who are willing to fall for every piece of fake news out there.

For those who wonder how misinformation and clearly falsified news gets spread around so easily and pervasively, this clip is a must-watch.

In it, an older woman with a strong New York accent talked at length about how she was shocked that 3 million “illegals” were able to vote in the election in California. When pressed to provide her source for such information, she simply replied, “the media.”

Camerota seemed absolutely floored that the woman would be so naive, and several times she presses her, treating her a bit like a child, to say whether or not she truly believed the mess she was spouting.

When pressed to say whether she really believed that 3 million undocumented immigrants had voted in one state, the woman waffled but said that she did believe a great deal did so.

Another woman, a noted Trump supporter and repeat guest on these types of panels, agreed that she, too, had seen similar information.

In instances like these, it is hard to tell if people like the woman in this clip truly believe the news they are being fed, or if they just want to accept it because it fits their narrative. Can they see that their sources are clearly fake, or are they that ignorant to basic internet detection?

This is a serious issue we are now facing in the age of mis-information. As President Barack Obama said in an interview with The New Yorker, there are no longer a base of facts that we all accept – thanks to the internet, anything is possible.

This clip is astounding. Tens of millions of Americans believe these same things. https://t.co/OqK1xtyVub