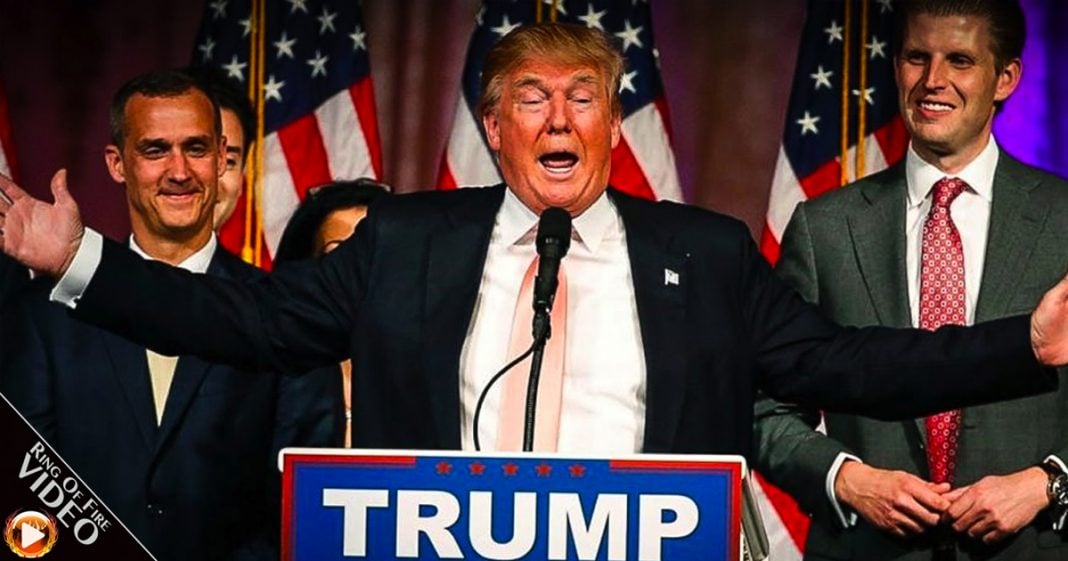 Did your father give you a “small loan” of $1 million? If so, you can buy yourself a seat with President-elect Donald Trump during the inauguration weekend! The Ring of Fire’s Farron Cousins discusses this.

If you, like Donald Trump, have received a small loan of about a million dollars from your father then you too can buy access to Donald Trump. The Presidential Inaugural Committee has sent out a memo that the Washington Post obtained and the Inaugural Committee did verify its authenticity. This memo was sent out to wealthy Republican donors. It told them that for $1 million or more you can buy a seat at the table, quite literally, for the inaugural weekend festivities where you can sit down to a candlelight dinner with Donald Trump, his wife, Mike Pence and his wife, a few of the Trump kids, all kinds of influence, you one-on-one with the president for just $1 million.

This really is not a surprise. Everybody knew what Donald Trump was in this for. He’s in it for the money, the power, and the influence. That is exactly what we’re seeing with this Inaugural Committee’s memo. It is laughable because it goes against every single thing Donald Trump said during his campaign, which again, is not surprising. It is funny to see all the republicans out there who thought they were voting for this anti establishment, anti big money guy who is going to go into Washington and shake up the system. Here he is pandering to donors in a way that we have literally never seen in the United States. We have never seen anything like this. We have never seen an administration working with the Inaugural Committee to request $1 million to sit down with the president.

It’s like Dr. Evil sitting there running this stupid committee asking people for $1 million. It’s hilarious because it’s so incredibly stupid. This is what we can expect from Donald Trump. He is not an outsider. He is not going to change the system. He is going to make it worse and we have already seen enough evidence of that to say that without a doubt. Things are going to be bad and anyone who has enough money, like these million dollar or more donors, are going to have massive influence over the Trump administration.

There are very few billionaires out there fighting to protect us from climate change. Most of the millionaires and billionaires are fighting to protect their business in order to allow them to pollute more, to harm American citizens more, to rollback safety regulations so that they don’t have to protect their workers and change the laws so that they can’t be sued when their workers hurt themselves because the company cut back on safety precautions.

That’s what Donald Trump is selling. That’s what this access is all about. It’s about harming consumers, harming workers, harming average citizens out there who, unfortunately, live too close to a fracking well. That’s what these people are buying with these million dollar donations. I can promise you they’re going to sellout pretty quickly because there’s a lot of industries, a lot of people, who’ve been unhappy with the Obama administration for some reason, even though there haven’t been any real regulations against them in the last eight years.