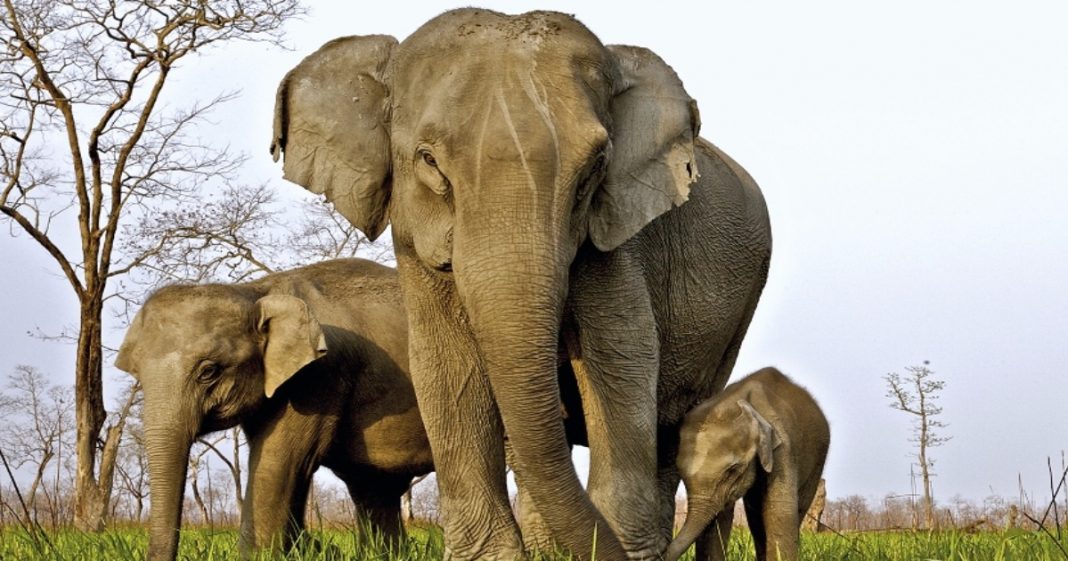 Facing mass extinction from the senseless slaughter of gentle giants to aid the illegal ivory trade, elephants have begun to give birth to tusk-less offspring, an adaptation that may save their species.

It is a classic case of human-based adaptation that we are watching happen over a relatively short time-span in the last several decades.

In recent years, scientists have witnessed an increasing number of female African elephants who are born with very small tusks or no tusks at all. These tusk-less females often pass the gene on to their offspring, drastically increasing the number of tusk-less elephants.

According to the Independent:

“In some areas 98 per cent of female elephants now have no tusks, researchers have said, compared to between two and six per cent born tuskless on average in the past.”

This is a case of human-based selection as poachers kill elephants with large tusks, restricting their ability to produce tusked offspring. As a result, small or non-existent tusks have become the more favorable – and survivable – trait.

If the rate of selection continues in this direction, African elephants may soon have no tusks at all.

Even though many elephants are being born tusk-less, this doesn’t mean that they are completely insulated from poachers. Many poachers who spend their time tracking an elephant may react in violence when they find that they have wasted their time following an elephant with no ivory to give. But if this trend continues, poachers will soon learn that hunting elephants for ivory is a thing of the past.

Of course, losing their tusks does not come without its disadvantages. Having tusks is an important feature for an African elephant as they are used for self-defense, foraging and digging, and more. But currently, tusks are much more a liability than an asset, and genetic selection does not weigh the pros and cons – it merely acts against the biggest threat.

The elephants may lose their tusks and the physical advantages those tusks bring, but they in turn may be saving their own species.