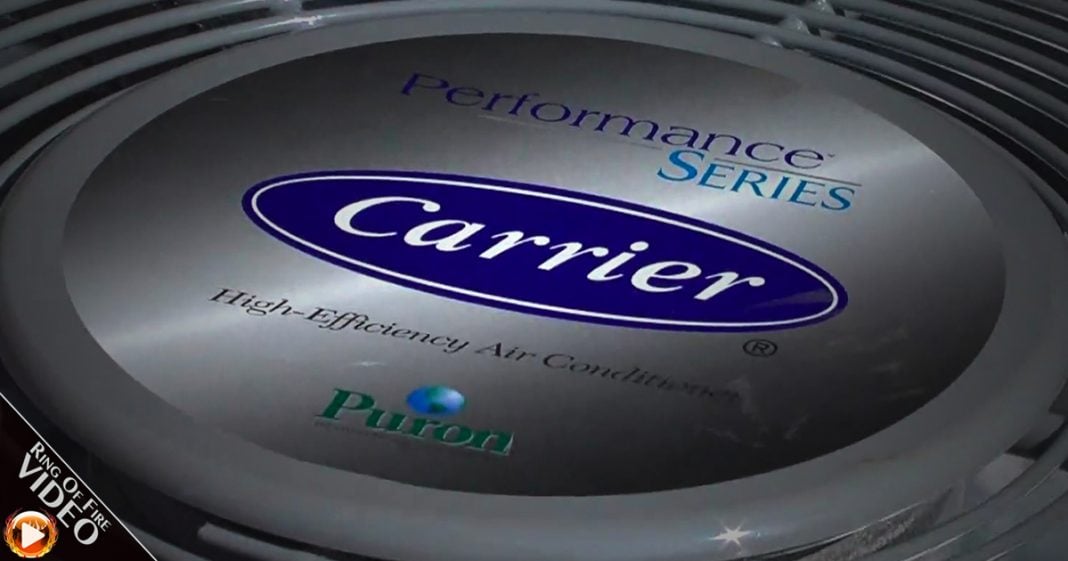 Donald Trump has already backed off one of his major campaign promises about preventing the outsourcing of US jobs, and he’s now offering massive tax breaks to companies who are thinking about relocating. This isn’t a solution, it is a flimsy bandaid that won’t stop the bleeding. The Ring of Fire’s Farron Cousins discusses this.

If you want to fully understand the difference between the Democratic party and the Republican party, look at what’s happening right now with the negotiations taking place between the Carrier air conditioning manufacturers, Donald Trump and Bernie Sanders. Donald Trump is negotiating with the company to try to prevent them from shipping their jobs and their manufacturing overseas, which is a campaign promise that Donald Trump had made, he said he was going to be tough on them, he was going to take all the goodies away from them if they did this.

There are much more expensive places that these companies can go, the United States fairly lenient on that, we’re very lenient on them hiding money overseas so they don’t have to pay taxes. Why would Donald Trump offer this company even more tax breaks just to keep these jobs here in the United States? Because yeah, it’s good, we want those jobs, we need those jobs, but it doesn’t really benefit the country if this company is screwing tax payers on the other side. If they’re not paying for the roads, bridges, schools, fire departments, police departments in the United States, then why should we even want them here?

He talked about the fact that anytime a big company like a Walmart or Carrier comes into an area, they don’t just say ‘we’re going to build a store here,’ they pick out four or five locations, then, they start a bidding war with these different cities, they say ‘This city is going to give us this much in tax breaks, this one is going to give us this much, you’re going to have to beat those if you want us to come here.’ They negotiate, they get the best deal possible for the company, while screwing over the cities and localities where these businesses are built, they end up losing money, the tax payers, the cities, the municipalities, lose money because these corporations negotiate such low tax rates. Donald Trump wants to make it even lower.

Contrast that with what Bernie Sanders is doing. Bernie Sanders wants to negotiate with this company, Carrier, and say ‘Listen to me, you take your company out of the United States, you’re foregoing any kind of Federal contracts, we’re going to raise the prices on the goods you bring in to the United States, we’re going to raise the prices on the goods that are coming out of the United States to pay for your manufacturing, we’re going to make your life a living hell if you leave this country that’s already been so good to you, that you’ve taken advantage of at every turn, your life is going to be horrible if you screw us again because you’ve already screwed us on a lot of things.’

That’s the kind of hard line negotiation that we need in the United States. Bernie Sanders was the perfect candidate, would’ve been the perfect president, because Barack Obama isn’t about to go up to Carrier, even tough he’s still the president, he’s not going to go up to them and say ‘Listen to me, you take this company out of the United States, it’ll be the last Carrier air conditioner that anyone in this country ever buys, you’ll be out of here for good if you leave, no more cozy little tax breaks, nothing.’ Obama could go do that, he won’t, he doesn’t have the backbone for that, Bill Clinton didn’t have the backbone for that, George W. Bush didn’t, H. W. Bush didn’t, Reagan didn’t, Trump doesn’t, Bernie does.