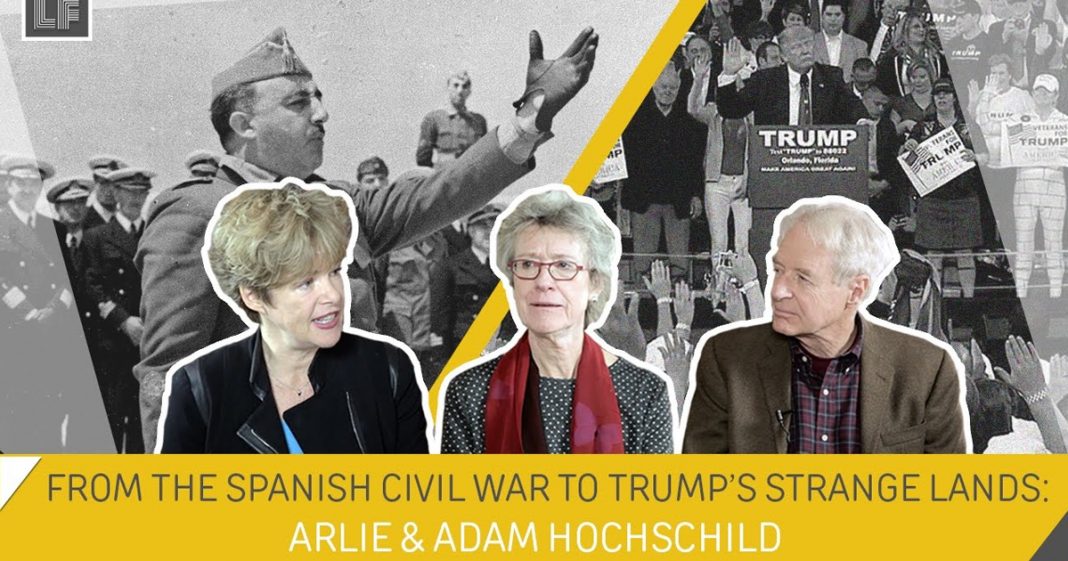 In the aftermath of the election, much has been said about what liberal government, media, businesses failed to do: contextualize his rise to office and connect with his voters to change their minds. In this episode, Laura interviews Adam and Arlie Hochschild, the duo who have each spent their careers documenting the complexities of political behavior.

Arlie Hochschild, with pragmatic energy, undertook the work we’d all like to do: she left the liberal haven of Berkeley, CA to go to the Louisiana Bayou — a stronghold of the conservative right. Hochschild interviews Trump voters about their “deep story,” what drives them and how they feel left behind by the same liberal policies they need the most. Her new book — a National Book Award finalist–, Strangers in their Own Land, hopes to find common ground with Tea Partiers and “alt righters” beyond politics.

Adam Hochschild is a celebrated writer, cofounder of Mother Jones magazine, whose new book Spain in Our Hearts: Americans in the Spanish Civil War. Hochschild, author of eight books, writes with what the New York Times calls prose “constantly vivid yet emotionally restrained” about the struggle of young Americans who joined Spanish Republicans during the Spanish Civil War. In our current politically fraught time, Hochschild speaks to the hallmarks of fascism and how to mark its ascent.