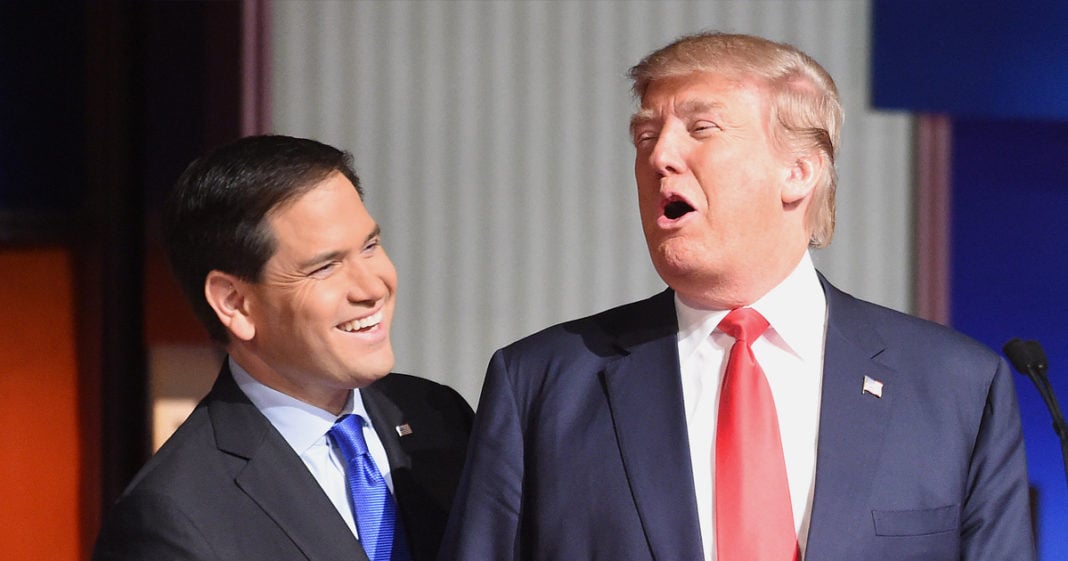 Michael Brooks is filling in for Sam Seder on the Majority Report today. In this clip, Marco Rubio appears on CNN with Dana Bash, and Bash asks him if he still thinks that Trump is unfit for the presidency. It’s so weird—Rubio doesn’t answer the question, because obviously Trump is completely unfit to serve, but he says we have to support Trump anyway! SO ORIGINAL.