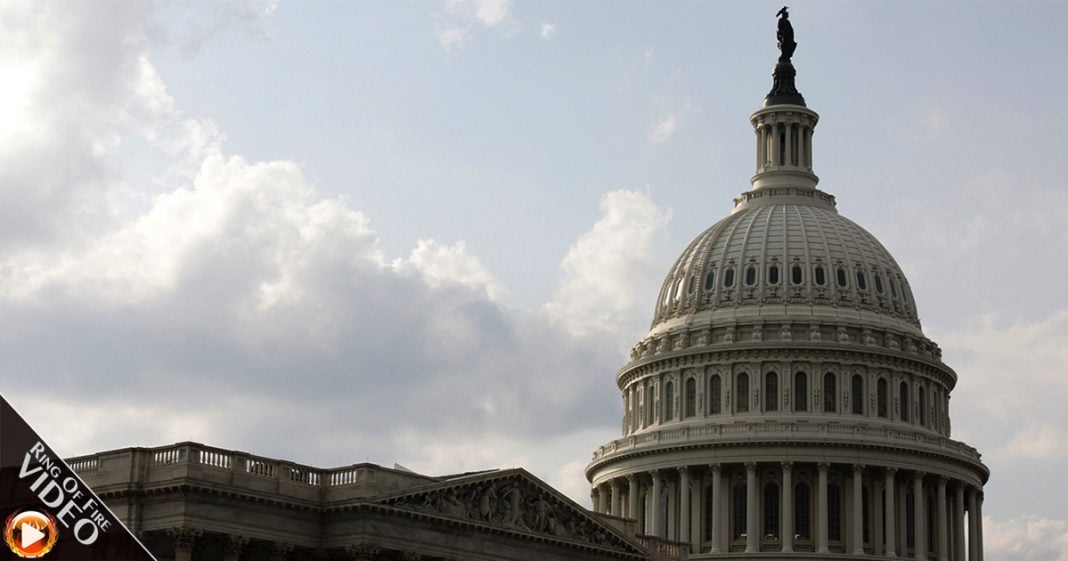 Senate Democrats are already starting to worry about the 2018 elections, and the most vulnerable of the bunch have decided that playing along with Donald Trump is going to secure their re-election. Clearly they’ve learned nothing from the 2016 election losses. The Ring of Fire’s Farron Cousins discusses this.

Even though the 2016 election is only a couple weeks behind us, Democrats in the Senate are already looking to the 2018 elections where a lot of them are going to be up for reelection. Unfortunately for them, a lot of those Democrats are very, very vulnerable, people like Heidi Heitkamp, people like Joe Manchin. They’re very terrified of the fact that they may not win this coming election. What are these Democrats and several others doing? They have vowed to work with Donald Trump. They’re going to find some common ground on some things and really just work together and just make sure that they do what they want to do so that they can go back for 2018 elections and say, ‘Look at what we, we did some things with this guy that everybody hates.’

That’s the logic there. You’re going to go to work with a guy that the majority of the country hates, a guy who is appointing nothing but racists and morons to his cabinet and you’re going to brag about that? You think that’s going to save you in your reelection bid? Did you pay attention to anything that just happened on November 8 of this year? Because I did and I know exactly what happened because it’s the same thing that happened to you in 2014 and I warned you about it then we warned you about it for the last two years and you’re going to do the same damn thing again because you’re that freaking stupid.

Democrats lose when they run away from progressive values. Do not underestimate the fact that the majority of the country did not vote for Donald Trump and the majority of the country does not like, respect, or have any kind of positive feelings about Donald Trump. His approval rating is still in the 30s, folks, in the 30s. You have no reason to work with him. The Republicans didn’t work with President Obama when he was trying to do great things, so why would Democrats try to work with Donald Trump when he’s trying to do horrible things? You need to be stopping that.

Do not vow to work with Donald Trump unless he comes out and says, ‘Look. I’m gonna put forth a bill that’s going to enact strict gun control, protect the environment, and give every United States citizen that wants one, a free puppy.’ That you can work with him on, pretty good idea. Anything else, anything regarding restricting the rights of African-Americans to vote or destroying our environment or getting huge tax breaks to corporations and Wall Street bankers, oppose it. There’s no reason to work with him on issues like that and that is exactly what you’ve already pledged to do and that is exactly why these idiots Democrats who are already feeling vulnerable will lose in 2018.