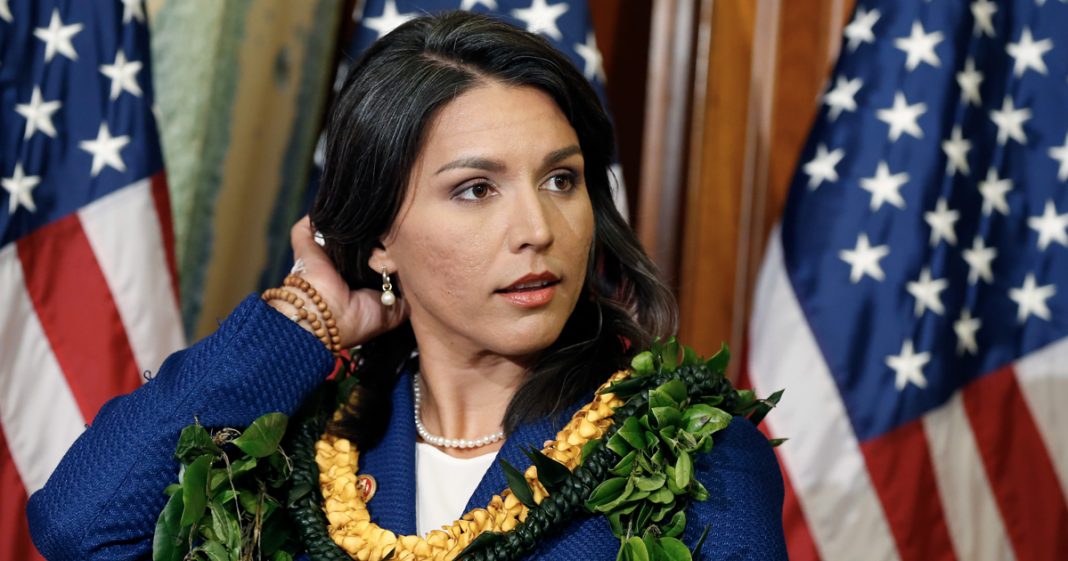 Hawaiian Congresswoman Tulsi Gabbard is set to join hundreds of veterans at the Dakota Access Pipeline protest on December 4, taking a step few other notable individuals have in their fight against Oil Police.

According to EcoWatch, Gabbard will join a group of hundreds of U.S. veterans set to join the Standing Rock protest just a day before the Army Corp of Engineers has ordered the protesters to leave the site.

Though many have spoken out against the pipeline, Gabbard will be the most notable politician to have joined the fight, joining the front lines yet again – this time on American soil.

Though Senator Bernie Sanders has been a vocal supporter of the protest, even he has not taken the trip to blustery North Dakota to stand with the Water Protectors. Others like Elizabeth Warren and Hillary Clinton have uttered barely a word about the human rights violations happening on U.S. soil. Meanwhile, President-elect Trump holds stock in the company seeking to complete the construction of the pipeline.

The veterans are “deploying” to the protest site to protect the freedoms they have fought for abroad. According to the Facebook event “Veterans for Standing Rock,” more than 600 individuals have confirmed their participation, with thousands others showing some level of interest.

The veterans’ mission is to “prevent progress on the Dakota Access Pipeline and draw national attention to the human rights warriors of the Sioux tribes regarding the United States lack of treaty enforcement.”

The presence of hundreds of U.S. veterans will complicate matters for the Army corp of engingeers as they are expected to declare anyone still on the lands by December 5 as tresspassers. The Army corp says that they do not plan to forcibly remove anyone at this point, but also say that anyone who remains are doing so at their own risk and are subject to prosecution.

I have my issues with Gabbard as a progressive champion, but if she truly joins the protest at NoDAPL this week, I will take back every thing I have ever said about the congresswoman. I do not apologize for my skepticism of Gabbard or any other liberal ally, but joining the front lines of NoDAPL is proof enough of ones’ progressivism. I applaud Gabbard’s intentions and her commitment to this vital issue.