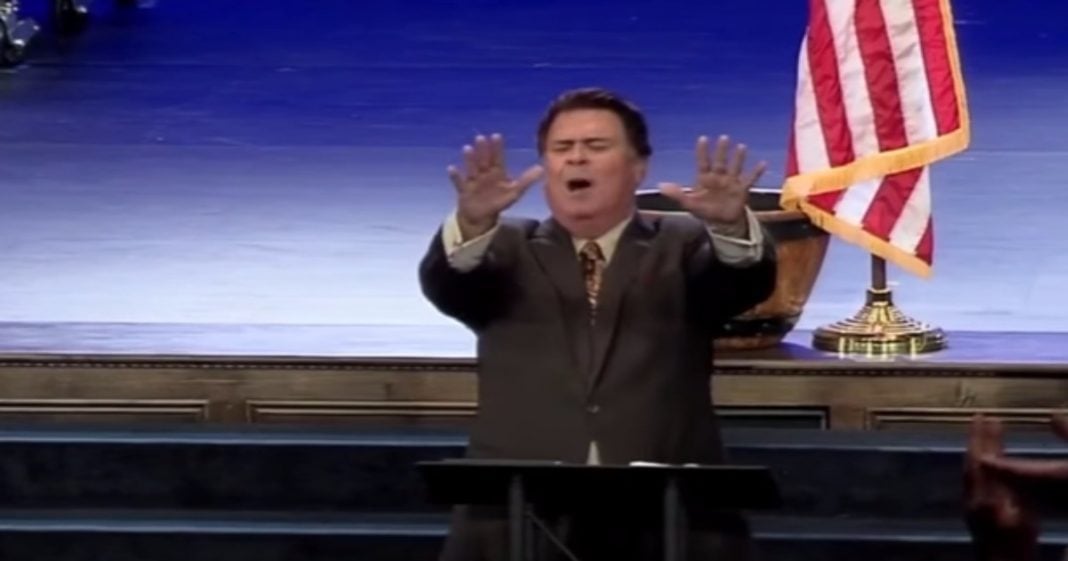 Speaking in tongues and using the bully pulpit to push more political evangelism, a pastor at a church in Mississippi elected to neglect the usual religious doctrine in exchange for an extended “thank you” issued skyward for Hillary Clinton’s election loss.

You’d think that when churches and religious buildings all over the nation are given tax-exempt status, they might try to mind their p’s and q’s in order to maintain that status. But why bother when anyone ranting about just about anything can be considered exempt?

At the Evangel Temple Church in Meridian, Pastor John Kilpatrick celebrated Donald Trump’s election win, chanting and riling up his congregation to thank god for the man’s election win.

“We’ve had an election now, things are going to open up, God’s spirit is going to begin to move again in America. Sha yi ya yi ya yi ya ya. Praise him! Woo!”

The man thanked God for “saving our nation,” as well as exalting the congregation’s freedom to “praise the lord” – a freedom they never lost, but apparently have found again thanks to Trump.

Now, religious tongues are pretty bizarre, but there’s no harm in practicing a religious belief – it’s when the focus of the sermon is political in nature that we begin to raise some eyebrows.

Watching this babbling man referring to Clinton as a “Jezebel” should remind us all that it’s past time that we take a look at which institutions we consider exempt from taxes.