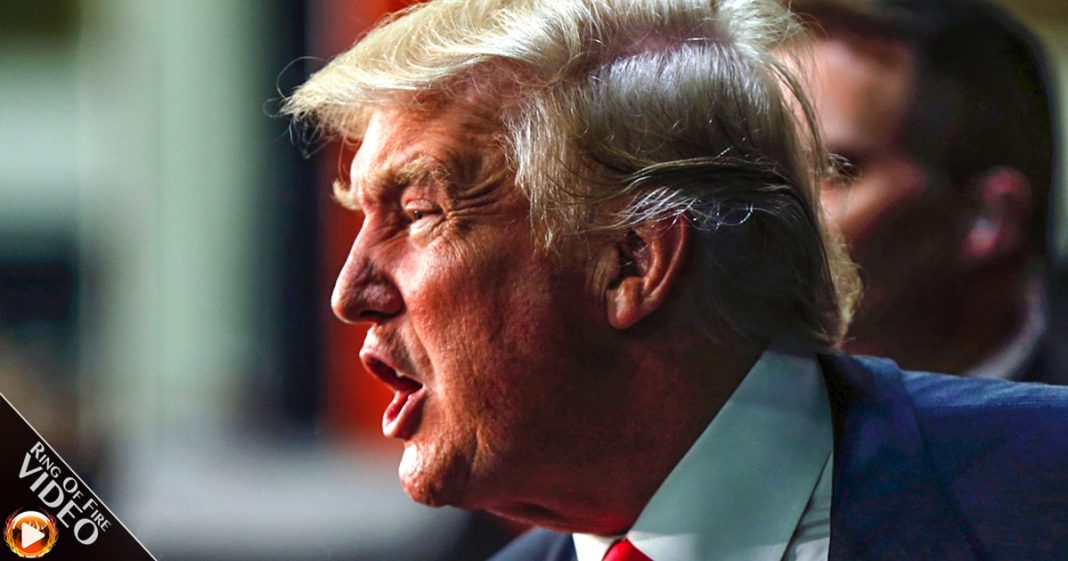 Ring of Fire’s Mike Papantonio and Sam Seder discuss the private meetings President-Elect Trump has been having with corporate media conglomerates.

Sam:
Earlier this week, you had a sit down, and I don’t know how unprecedented it is, but it seems to be pretty close. I mean, it’s one thing when you talk about meeting with reporters, but executives and anchors from the country’s five biggest television networks meeting with Donald Trump this week at Trump Tower, we can only imagine what’s going on here.

Look, we had just in the past couple of days, Pap… It’s true, Kurt Eichenwald from Newsweek reported on some of this stuff. We’re watching a cavalcade of what can only be called pure kleptocracy. You’ve got Indian business leaders who are getting meetings with the President-Elect in exchange for Trump’s business dealings to go a little more smoothly there. Donald Trump’s on the phone with the President of Argentina, Mauricio Macri, who called the President-Elect Trump to congratulate him and Trump turns around and says, ‘Hey, I’m having trouble building a major office building in Buenos Aires. Can you make sure that the financing and the regulations that are holding that up, can you get rid of those?’ I mean, this is unbelievable. This is like Banana Republic stuff, right?

Pap:
Sam, let’s go back though to where you started. You started talking about Trump meeting with the media. Okay. Let me put it out there for you. There are only a finite number of protections that the average American consumer, the average American has. Period. One of them is that we have regulatory agencies that are supposed to do their job unless they are commandeered by somebody like Trump, which is already happening with the EPA, the FDA, the FCC, you name it. Okay, that’s what we expect as Americans. That’s what holds democracy together.

The next thing we expect is, well, okay, if regulators don’t do it, what about the court system? What about the judges? Are they going to do it? Well, no, because what you’re going to have is 109 hacks, absolute, utter, not jurist but politicos who have hung in there with Republicans on their most fringe, extreme issues. That’s the second area that we think we have protection.

Then the third is, oh, well, gee, if the regulators and the judges don’t protect us, surely the media is going to be there for us, but now we have a corporate media that is simply trying to look for advantages with this new presidency. Can they get tax breaks? Can they get access to the White House?

Pap:
Can they continue to merge and build conglomerates?

Pap:
The fourth thing is lawyers. Maybe lawyers are going to take some of these folks to task and try to get them in court, and if they can’t go to federal court, maybe they’re going to go to state court and fight it out there. You’re going to have sessions come up with immunity issues where you can’t sue a pharmaceutical company. You can’t sue a polluter. He will have an agenda of what we call immunity bills.

Those are the four areas. If you can think of another one, please tell me because I can’t think of another one and I’ve been doing this a long time, man. Those four areas have now been commandeered by a psycho, is the easiest way to put it. What’s going to happen is exactly what you would expect. These are dark days for consumers ahead, these very people who voted for Trump, thinking ‘What a glorious thing it is. We’re going to be able to keep immigrants out. How glorious, we’re going to have an internment camp for Muslims. How glorious, maybe we’re going to get some jobs back. Maybe. No, we’re going to get a tax break.’ By the time this is over, the average consumer is going to look around and say what just happened to me? That’s my prediction.

Sam:
Yes. If there’s going to be a moment to catch our breaths.

What we’re talking about when we talk about those networks is a dynamic we’re going to see across industries, too, where they are weaponizing government and using it as a tool to discipline people far afield from maintaining the social compact. With Donald Trump, it could very well be that merger rules apply to companies that he doesn’t like. They don’t apply to companies he likes.

Pap:
Corporate media is now trying to take control of the internet. That’s what they’re meeting with Trump about. That’s the state of the union as Pap sees it.

Sam:
I wish I had a more cheery retort to that, but, frankly, I don’t either. Everything that was in place to protect us from this type of thing seems to me to not be able at this juncture going forward … We’re not seeing any great markers of dissent. You’re already starting to see New York Times reporters saying ‘Really inappropriate to boo somebody at this theater.’ Give me a break, here. The President of the United States just appointed an avowed racist to be the chief law enforcement officer of the country. Let’s have a little bit of a perspective.

Pap, we’re going to have more to talk about this until they drag us out of our studios.