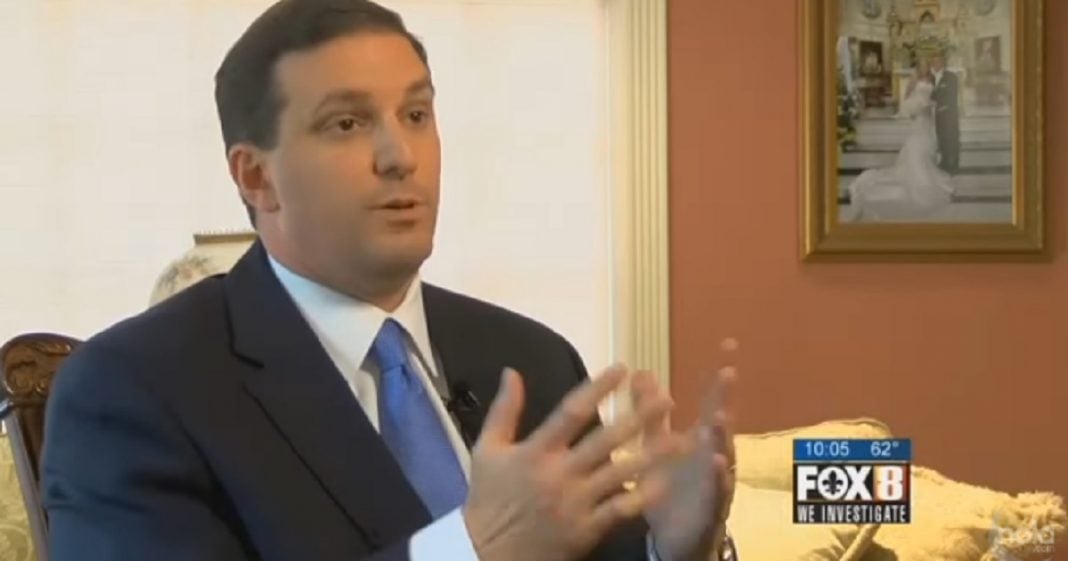 Louisiana politician and former Mayor Mike Yenni sat down for a bizarre interview this week where he admitted that he had sent and received sexually suggestive text messages from a 17-year-old boy, but adamantly maintained that he is not a homosexual.

A story which was published in The Tab in February of this year outed Yenni as the anonymous source detailed his illicit affair with a politician he called “Kevin.” The Brown student said that “Kevin” purchased for him designer underwear and kissed him.

In an interview with Fox 8, Yenni did not deny that the story was about him, but also would not say which parts were true.

When the politician was asked what his intentions were when he initially contacted the teen, he stuttered and said that he wasn’t able to give an intention.

Yenni said that he believed many parts of the story were fictional, but besides admitting to sexting, would not confirm any other elements of the story.

Fortunately for Yenni, the scandal is not criminal as the age of consent in Louisiana is 17. Nevertheless, Yenni’s sexual indescretions have gotten him into trouble before when he used his work Blackberry to send sexual messages to multiple men and a woman.

Federal law still prohibits the use of a cell phone to transmit or propose child pornography, which on federal law books is any child under the age of 18. On this crime, Yenni could still face consequences.