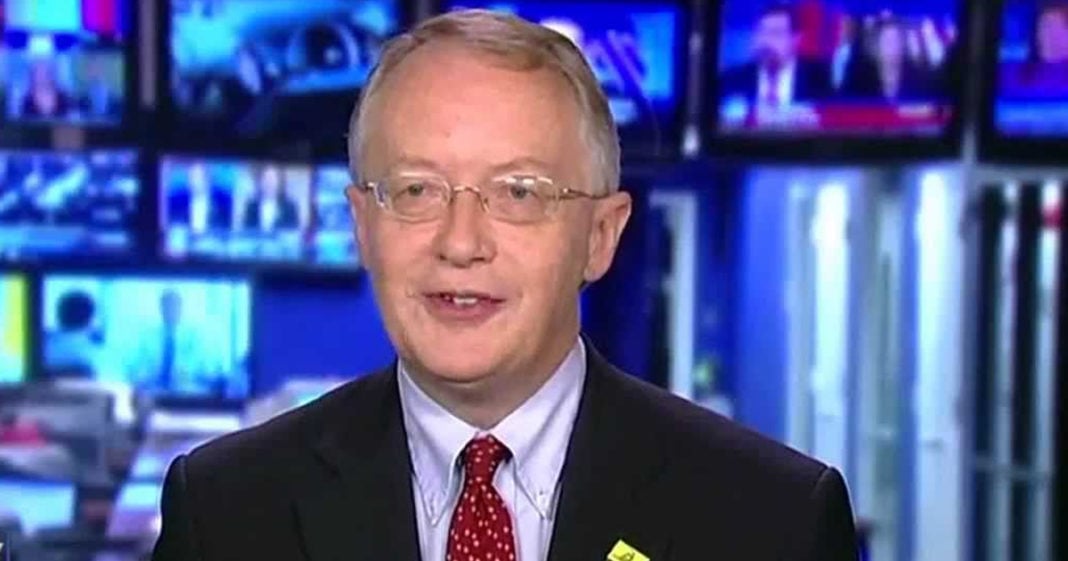 Trump’s potential Cabinet picks are questionable to say the least. So far, they include his fellow billionaires, racists, corporatists, and political insiders of all stripes – and on environmental issues, one of the most prominent and notorious climate change deniers in the world, Myron Ebell.

Ebell is the director of the Center for Energy and Environment at the Competitive Enterprise Institute (CEI) as well as chairman the “Cooler Heads Coalition” – an “informal and ad-hoc group focused on dispelling the myths of global warming.”

In other words, they are climate deniers, on a holy mission to mislead the public on the issue of human activities and their impact on global climate change. It shouldn’t be surprising; Cooler Heads has intimate ties to the fossil fuel industry. According to a report published in the New Yorker in 2014, the Coalition “prides itself on its opposition to environmentalists.” The chairman of this organization is who Trump wants to put in charge of the Environmental Protection Agency.

Of course, it is no secret that Trump has his own investments in fossil fuel industries. He has already announced his intentions to dismantle President Obama’s Clean Power Plan that would have required states to reduce CO2 emissions in the coming decades. The Trump Administration is hell-bound and determined to force the U.S. to become even more dependent on fossil fuels while padding the pockets of his industry cronies as well as increasing his own income at the expense of the planet. For that agenda, Trump could not have made a better choice than Myron Ebell.

Conveniently, Ebell is not a scientist, nor does he have any background or credentials in environment science. He considers the “global warming movement” as a vast conspiracy designed to stifle commerce and hold back economic growth.

But it’s even worse than that. Recently, Ebell has said that he also believes that chemical pesticides pose no threat to human heath whatsoever. Although the scientific community has firmly established that many of the chemicals used in farming have disruptive effects on the endocrine system, Ebell and his followers dismiss all of it as a “myth” promulgated by “anti-chemical activists.”

For example: it is common knowledge that the bee population has been in an alarming decline over the past several years. Bees, of course, are vital to the pollination process. After a long study, EPA scientists have determined that at least one product, a neonocotinoid insect neurotoxin from Bayer called imidacloprid, has been inflicting harm on bee colonies to such an extent that the federal agency was prepared to restrict the use of it. The official position of the CEI:

“Studies of honeybee exposures to chemicals in real-life settings have not found any such effects, and studies that find effects at unrealistically high exposures are not particularly relevant.”

Another example: atrazine, which causes sex changes in frogs, even at low levels of exposure. The National Institute of Environmental Health Sciences report that atrazine causes “adverse developmental, reproductive, neurological, and immune effects in both humans and wildlife.” Yet SafeChemicalPolicy.org, a website run by the CEI, states that use of atrazine offers “high benefits” with “low risks.” Pretty much everything on that website supports the chemical industry and dismisses any real science that disagrees with their positions.

These are the positions that Myron Ebell holds – Trump’s chief environmental adviser, and potentially the next head of the EPA.

At least we can take some comfort in the fact that Trump and Ebell and their families will be poisoned right along with the rest of us.