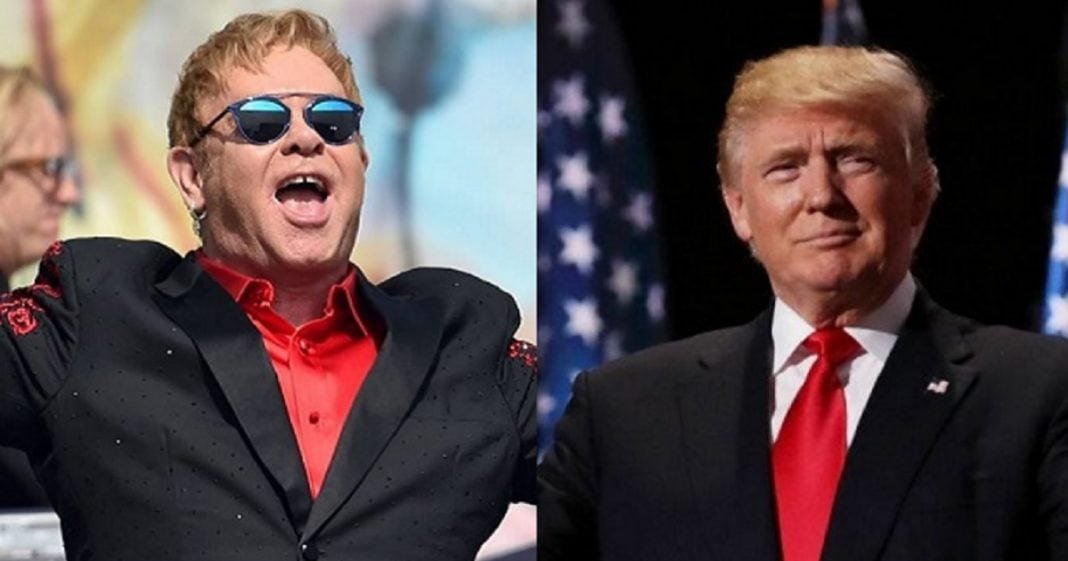 Anyone who thinks that Donald Trump actually tells the truth is living in a world of ignorance I can’t even imagine – but the absolute truth is that Trump lies all of the time – often for seemingly no reason at all.

Maybe you’ve had a friend like Trump. Someone who lies about things that don’t seem worthy of lying at all. They say they have that purse, too, or that they met a celebrity that you know they haven’t. Small things that are meant to boost their social standing, but in the end leave them looking like a petty child.

Which is exactly what happened to our beloved president-elect this week when it was revealed that he did not in fact book Elton John for his inauguration, despite persistent statements from his team saying that they did.

Trump transition team member Anthony Scaramucci claimed in an interview, “This will be the first American president in US history that enters the White House with a pro-gay rights stance. Elton John is going to be doing our concert on the mall on inauguration.”

Another member of Trump’s team confirmed Elton John’s booking for the inauguration.

Unfortunately for them, those associated with John said there had been no such booking.

A representative for John said that he would not be performing at Trump’s inauguration while his publicist Fran Curtis later said,

“Incorrect. He will NOT be performing.”

Though Trump loved to play Elton John’s music during his rallies in the campaign season, John himself backed Clinton and referred to Trump as a “barbarian.”

“And I guess that’s why they call it the blues.”