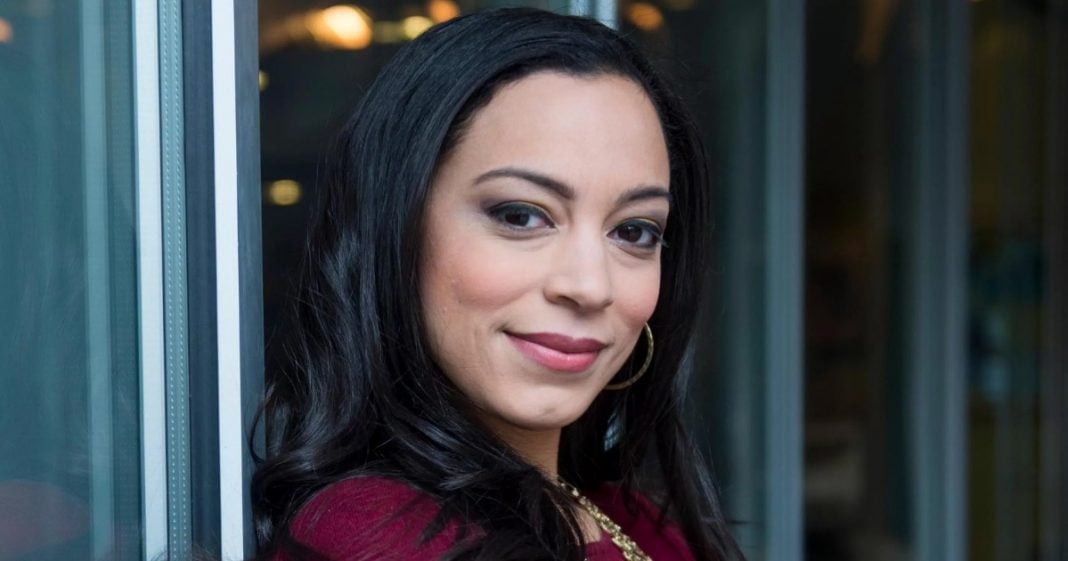 During a CNN interview, no B.S. commentator Angela Rye was not afraid to call out a Trump supporter when she cut to the heart of the entire conflict between Trump’s new Republican party and the rest of the population.

Former Navy Seal-turned Trump devotee Carl Higbie used the tired line that the Republican cannot be racist and cannot be accused of being racist because they were the party that freed the slaves.

Rye, whose aggressive style of arguing is what we need the next four years, was not going to allow Higbie to make such a sweeping declaration.

When a party nominates a man like Trump and allows the appointment of White Nationalists, when the majority of minorities vote against you, when you systematically seek to suppress minority votes, you cannot claim a single positive racial accolade.

Commentator blasts Trump supporter: ‘Your party is now one of oppression’ https://t.co/Dm868Ub33D https://t.co/NL0HCmmP4Y