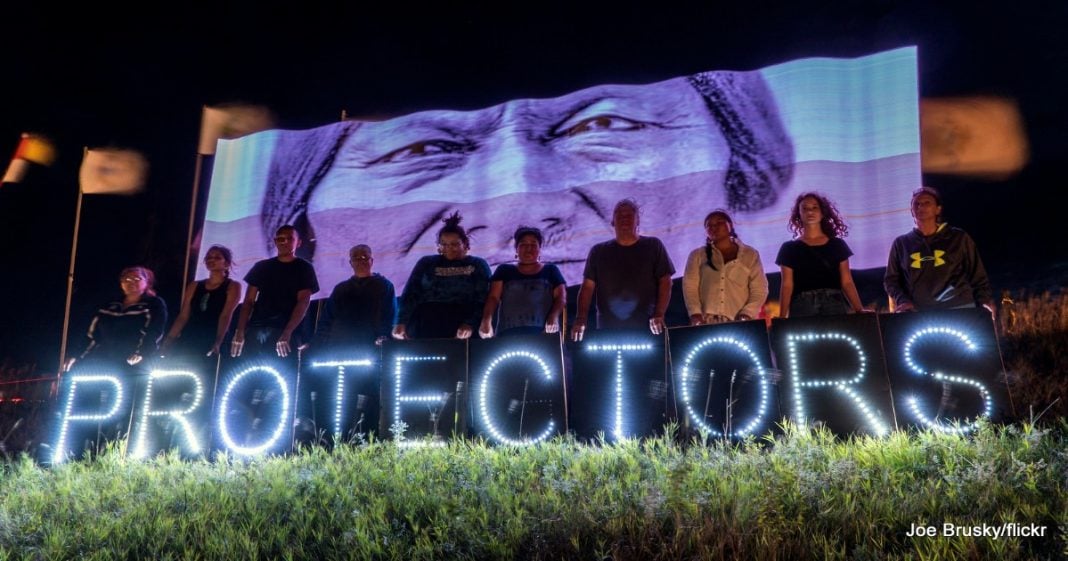 On Sunday evening, when police trapped hundreds of water protectors on a bridge and doused them with freezing water and tear gas, and pelted them with rubber bullets, many critics of the protest said that the police’s show of force was appropriate.

But now information is emerging about a young water protector who may be losing her arm thanks to a projectile shot by police.

21-year-old Sophia Wilansky was one of several hundred who were injured when police attacked in sub-freezing temperatures. Police claimed their water cannons were only aimed at putting out the fires on the bridge – which they claim the protesters set – but video clearly shows the water dousing protesters, soaking them to the skin with near-freezing water.

Wilansky was attacked by a concussion grenade which exploded on her arm, shattering bone and skin. Though the police claim that the weapons they used were non-lethal, Wilansky may lose her entire arm thanks to their violent behavior.

It should be restated that at the time Wilanksy was seriously wounded, she and 400 other water protectors were trapped on the bridge, unable to escape the onslaught of freezing water, mace, rubber bullets, and more.

At the time of the attack, water protectors were occupying a nearby bridge. Police claim that they were rioting and setting fires on the bridge, though these same police forces have been known to lie and mislead the public about what these mostly peaceful protesters are doing. It is likely that the extra fires were set by the tear gas canisters thrown by police.

As a result of the attack by law enforcement, 167 water protectors were injured and 7 were hospitalized.

This is not the first violent attack against these water protectors and it certainly won’t be the last. Things will only continue to escalate unless President Obama can step up and demand that all of his constituents have the right to protest – as well as acknowledging that the federal government is aiding and abetting a criminal company by forcing these natives off of their land.