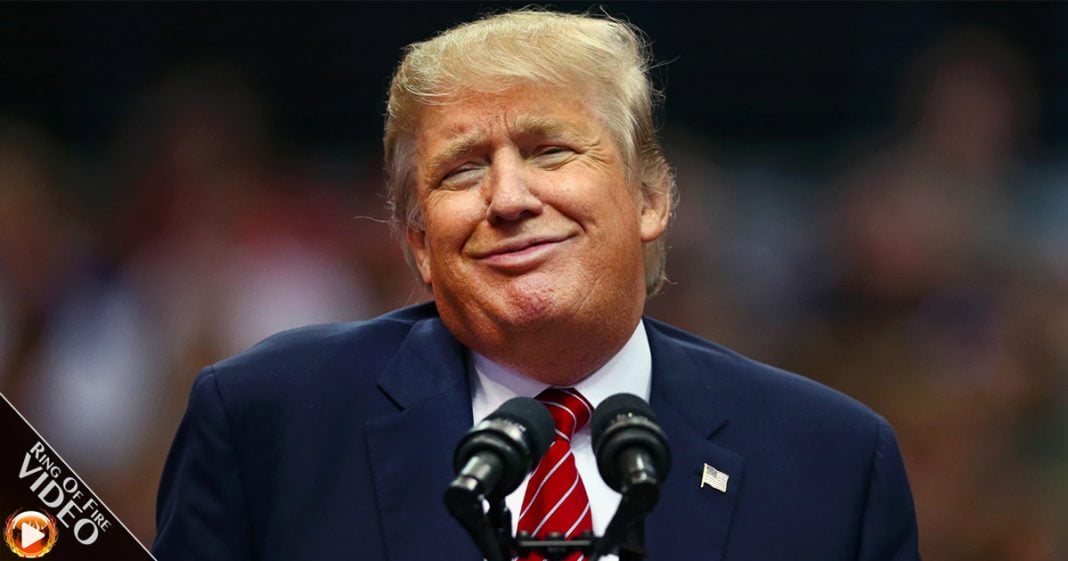 During the campaign, Donald Trump told his supporters that he would protect Social Security. The fact that he’s packing his transition team with corporate hacks who want to privatize the system proves that the man is incapable of telling the truth. The Ring of Fire’s Farron Cousins discusses this.

Donald Trump promised his supporters during the campaign that he is going to protect Social Security. When you look at the demographics, a lot of Trump voters happen to be on Social Security. He understood you had to play that card in order to win over those voters who are more interested in protecting their financial future than they are about protecting the rights of women, African-Americans, or Hispanics. Nonetheless, Trump made the promise, and already, as we see him putting together his transition team, two of the four people that he has picked to be in the Social Security Administration are Social Security privatization pushers.

We have Mike Korbey, Dorcas Hardy. My apologies if I’m pronouncing that name incorrectly. However, both of those, both Korbey and Hardy, have said in the past that they would like to privatize Social Security. Korbey has said that the system is corrupt and bankrupt. Hardy, on the other hand, has been working to privatize Social Security since 1995. Korbey served with George W. Bush. Hardy served with Reagan. Both of them, huge believers in the privatization of Social Security.

Here is the problem with that. Half of the Social Security Administration leadership would be made up of people that want to privatize this system, this system that has worked well for decades. The problem is that during the George W. Bush Administration, 2005, 2006, that push to privatize Social Security become stronger than ever. When it did, remember what happened around that same time? Stock market, housing market, all the markets began their downward slide that led to the crash of ’07 and ’08. Had Social Security been privatized during that time, had the Bush Administration and his advisors and the Republicans in Congress been successful in privatizing this program, it would’ve lost well over $1 trillion. It would’ve effectively been bankrupt.

We know, based on the people that Donald Trump has appointed in his Cabinet, the people he’s listening to, his advisors, and the make up of the Republican-controlled House and Senate, we know that the same people who wanted to privatize it then, want to privatize it now. More importantly, the same people who helped to crash the economy are still in power. Yes, it is very likely that we are looking at another potential market crash coming at some point during the Donald Trump Administration, based on the fact that the same people who did it before are in power today. History repeats itself with these people. We’ve seen it time and time again. That’s why they continue to push for trickle-down economics.

If they are successful, if they privatize Social Security, a program that is working just fine, regardless of what Republicans tell you, it is likely that the program, as we know it, will cease to exist. It will lose money. We saw the markets panic the night that Donald Trump was elected. They rebounded the next day, but only because Trump said he wanted to repeal Dodd-Frank and loosen regulations on Wall Street. What led to the crash? No regulations on Wall Street. Do you see what I’m getting at here, folks? History is repeating itself. Donald Trump is no different than any other Republican that’s held office in the last 30 years. He believes the same things. He’s going to attempt to do the same things. This is George W. Bush, it’s Ronald Reagan, all wrapped into one.

We can talk about the racism. We can talk about the misogyny. We have to talk about those things. We also have to talk about the fact that this man is going to destroy every single accomplishment that progressives have made for the last 30 years. That includes protecting Social Security. That includes protecting Medicare and Medicaid and unemployment insurance. Those programs that help keep people alive, help keep their families fed, help keep them able to go to the doctor and afford medication, it’s likely they could come to an end during a Donald Trump Administration. That’s not just speculation. That’s what Trump wants. That’s what his transition team wants. That’s what Paul Ryan, Speaker of the House, wants. These are plans that they do have. I want everyone to realize that. This isn’t speculation. This isn’t wild guessing. This is the plan that they have laid out. That is what we’re up against for the next four years.