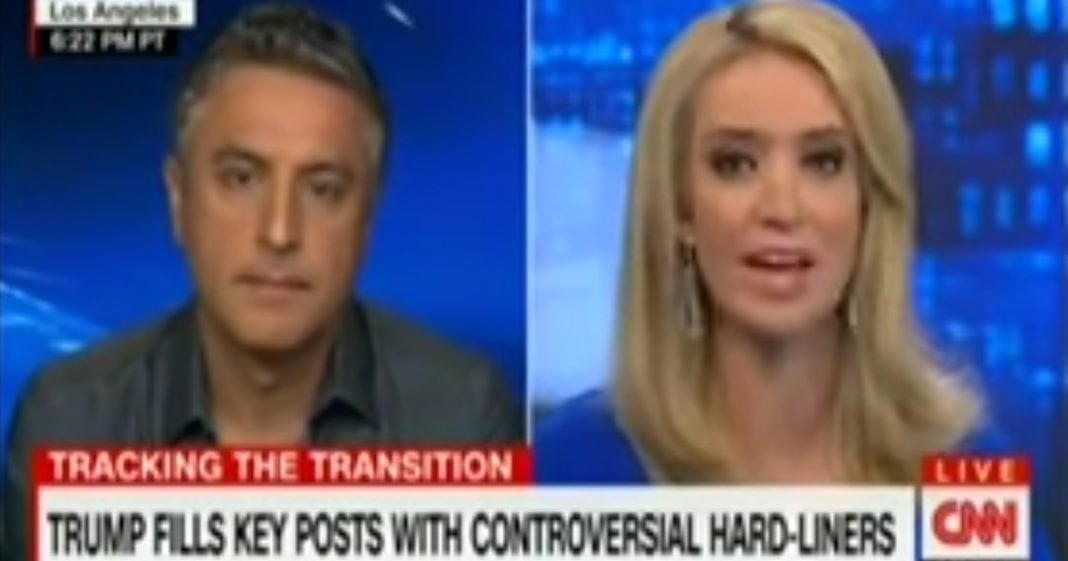 Michael Brooks is filling in for Sam Seder on the Majority Report today. In this clip, Reza Aslan—Iranian-American author, public intellectual, religious studies scholar, producer, and TV host—appears on CNN to push back against Donald Trump’s impending policy regarding Muslims, whatever that may end up being. Aslan simplifies the ridiculous conflict at the heart of conversations regarding beginning a “Muslim database”—there must be a decision made by the Trump administration that Islam is not a religion but instead an ideology, and therefore Muslims aren’t afforded Constitutional protections.