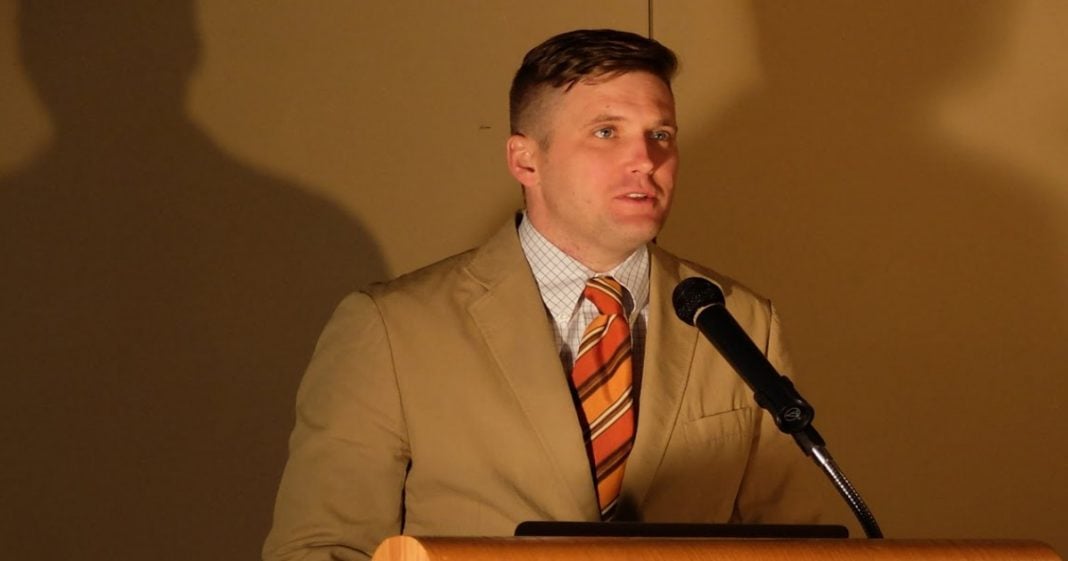 White Nationalist Richard B. Spencer has been in headlines this week for his increasing role as a Trump supporter, having attended and led a Nazi event last week in which he and others raised a Nazi salute and declared “Heil Trump.”

Spencer led more than 200 attendees in a salute for Trump and “our people,” at the Ronald Reagan Building in Washington, D.C. for the annual conference of the National Policy Institute.

For his actions, Spencer has been treated somewhat bizarrely by news media outlets who have talked about his dapper style and somewhat charming looks rather than his, y’know, racist and anti-Semitic views.

Spencer is even the architect of the now-infamous term “alt-right,” the White Supremacist version of political correctness.

Now, Spencer is claiming that his use of the Nazi calling-card “Heil Trump” at Saturday’s event was irony. Now, we know that irony is a hard term to pin down and it is often used incorrectly, but how in the world could anyone try to justify the use of Nazi-era language in relation to a president-elect?

“There’s an ironic exuberance to it all. I think that’s … one of the things that makes the alt-right fun, is that we’re willing to do things that are a bit cheeky.”

Aw that’s so nice! While to so-called alt-right is advocating against racial equality and the extermination of minorities, at least they’re having a bit of fun with it!

Now that we have a fascist in the White House – with a staff of white nationalists and anti-Semites, it is more vital than ever that we don’t excuse this sort of behavior as a “bit of fun.”