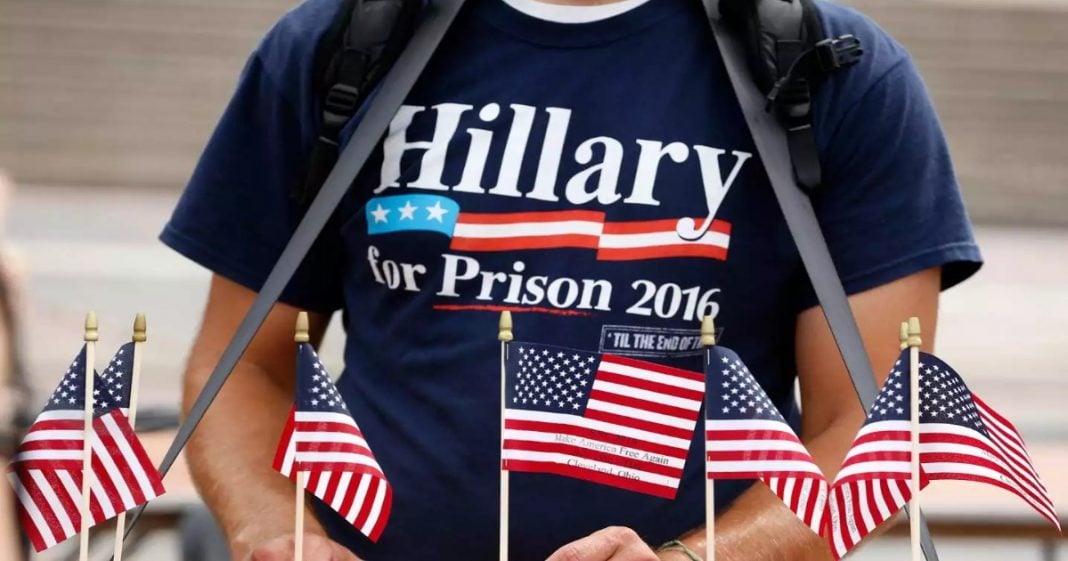 How many campaign promises must President-elect Trump outright deny before his devotedly idiotic followers begin to open their eyes and see that he has played every single one of them?

This week, it was confirmed that the Trump administration will not seek an investigation, nor will charges be handed down against Hillary Clinton, despite what he repeatedly said during the election.

Trump reaped the benefits of his adoring crowd shouting “lock her up,” and “Hillary for Prison,” all along intending to do nothing of the sort.

The first clue came on election night when the usual hateful Trump complimented his former Democratic opponent and congratulated her on a hard-fought campaign. Yet, those who hoped to see Clinton behind bars could still hold out hope until today.

The news was broken by Trump-cozy network show “Morning Joe,” which said that an unnamed source confirmed there would be no effort to charge Clinton with any crime.

“A source with direct knowledge of Donald Trump’s thinking tells ”Morning Joe“ that the president-elect will not pursue any investigations into Hillary Clinton for her use of a private email server, and also for the questions surrounding the Clinton Foundation.”

This is a strong about-face for the man who once told Clinton during a debate that he would be appointing a special prosecutor dedicated entirely to putting Clinton in prison for good.

As last weekend’s episode of SNL parodied, clearly if Trump comes up against a promise that he feels is a bit too difficult, he declares, “scrap it!”

But how many promises can he break before his right-wing supporters scrap him?