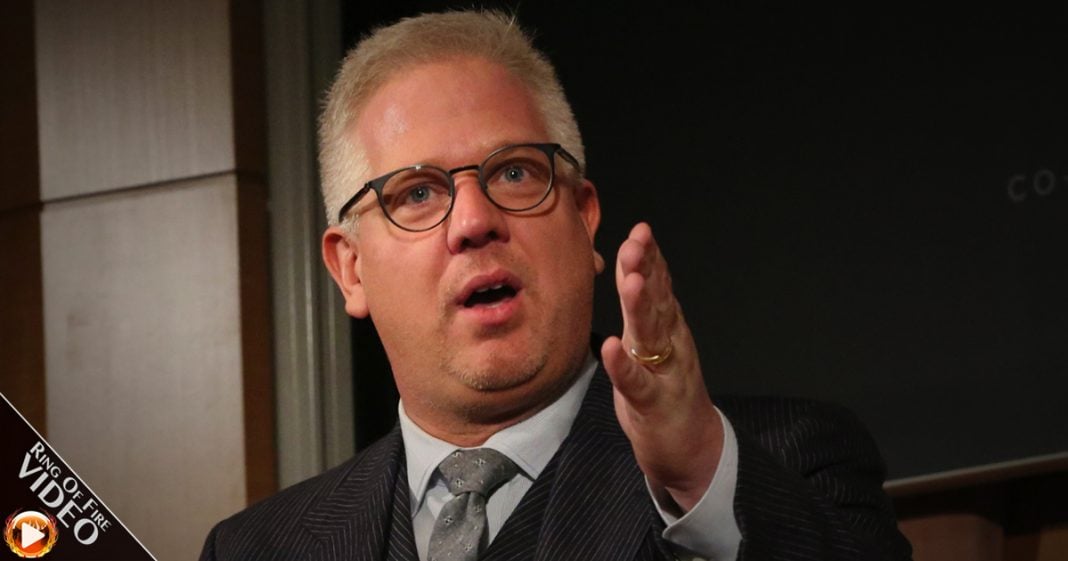 Glenn Beck has actually been making sense recently. But his attacks on the Alt Right that gave rise to Donald Trump are completely misleading since Beck himself helped create this neocon movement. The Ring of Fire’s Farron Cousins discusses this.

So a bit of terrifying new today, Glenn Beck is actually out there making the rounds in the media making sense. I know that’s very scary to hear, but he told CNN Anderson Cooper that hey, ‘the Alt-Right is not only very real, but it’s very terrifying’. Again, that is an absolutely true statement and it came from the mouth of Glenn Beck, but before you start to think that Glenn Beck has had some kind of revelation and he’s turned his entire world view around, think about this. Glenn Beck is directly responsible for the creation, for the empowerment of the Alt-Right Movement in the United States. When Glenn Beck first began his television show back in 2007 or 2008, he did it by consistently delegitimizing Democrats and the entire Progressive Movement. He questioned the science behind climate change and actually said that there was more evidence of the second coming on Jesus than there is that climate change exists. Completely untrue statement there and then during the entire Obama administration he delegitimized the president, questioned his authority, questioned every decision this man made, called progressivism a disease that was spreading through America and the president suffers from this disease and that was thinly veiled racism, Glenn Beck.

You even referred to the President’s climate initiatives as a form of wealth redistribution getting all those middle class, middle America, white people all worked up over something that didn’t exist. You were directly responsible for the tea party and that whole group of people who were really fueled by racism, but they disguised it as caring about being taxed too much, caring about the economy, blah, blah, blah, bunch of nonsense, it was a bunch of racists. I mean these people were hanging images of Obama in effigy lighting them on fire, holding up pictures comparing Obama to an ape, something that people are still doing today. Glenn Beck, you did all that. You allowed that to thrive in America. So before you get all high and mighty, go on TV and talk about the fact that the Alt-Right is very dangerous, you need to look at yourself in the mirror and understand that it is your creation. You helped to dumb down America just enough to where an idiot like Donald Trump can be elected president. Glenn Beck, all of this is your fault, so don’t sit there talking to Anderson Cooper telling us that oh it’s so sad what’s happening, the Alt-Right is so scary. Yeah, it is scary. You know what’s even scarier is that you don’t even realize that you did this to America.