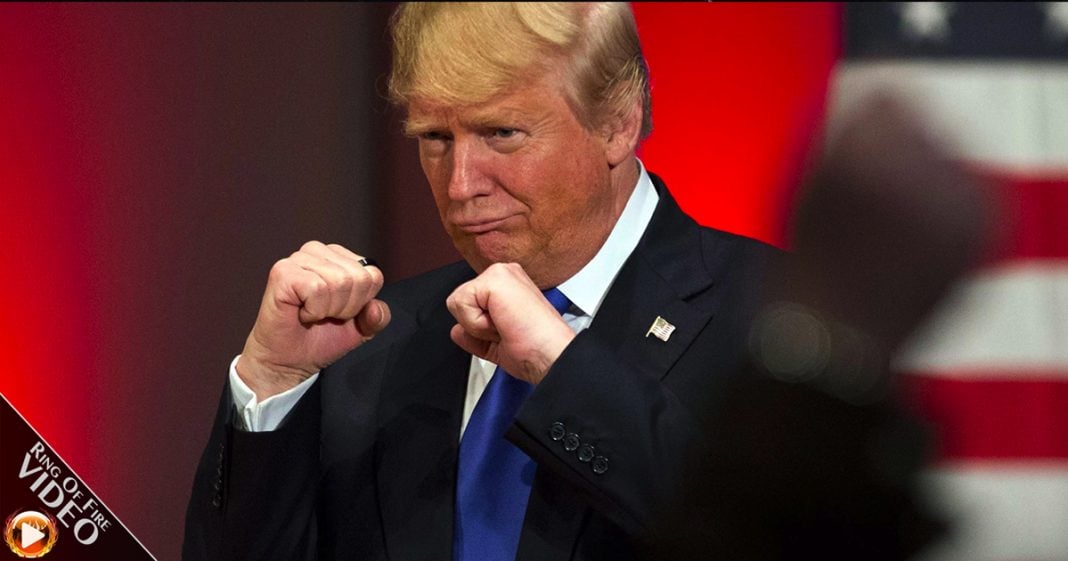 The labor movement and the fight for living wages had been gaining a lot of momentum in the US. But the election of Trump signifies an end to those fights, as Trump has a proven track record of being anti-worker. The Ring of Fire’s Farron Cousins discusses this.

Donald Trump supporters are still out there telling us his election had absolutely nothing to do with racism, it’s all middle class anger in America but he’s going to fix it. He is the populist in this election. That claim today is just as untrue as it was when Trump made those claims months ago. There is nothing populist about Donald Trump, there is not any piece of Donald Trump that actually cares about American workers. That is very terrifying. Because when we look at the gains that the labor movement has made under President Obama, one of the few areas where he actually has done a very good job as President and he does deserve credit for this. The labor movement is about to take a massive hit.

Now think about when Donald Trump had his hotel workers striking against the not making enough money to survive. The man didn’t care. He wanted to go ahead and fire them, replace them with cheaper workers. He has proven through his business history that he does not care about his own workers, the people that legitimately actually work for him. What makes anybody think that Donald Trump cares about workers in an industry that he’s not financially invested in? That’s silliness.

The labor movement over the last few years has made huge gains under President Obama and through voter powered initiatives. The fight for 15. States and cities all over this country have increased their minimum wage based on voter initiatives, voter turn out. The people spoke and the government was forced to respond because those amendments, those initiates passed.

Donald Trump doesn’t believe we should have a minimum wage, thinks it hurts jobs, thinks it hurts employees. As we’ve seen from the cities that have enacted $15 minimum wage the opposite is actually true because as any decent economist will tell you and as every single person who’s ever taken macroeconomics understands because you’re taught this when you give people more money they spend more money. The bottom 95% of income workers in the United States spend 99% of their paychecks on disposable goods, utilities and bills. 99%.

President Obama had signed this overtime rule, it’s supposed to be in full effect this December for federal and contract workers. Donald Trump can do away with that with 1 executive order. That is literally something he could accomplish on day 1 getting rid of that Obama overtime rule. Gone forever on day 1. The minute he’s sworn in he can sign it and it’s over forever. That is something that I don’t think American workers truly understand. This non-racist white working class that everybody says we didn’t listen to, they’re about to lose everything. Everything that they gained under President Obama even though they don’t know that they gained it from President Obama.

When we’re looking at a prospect right now of Scott Walker, governor of Wisconsin possibly becoming Donald Trump’s labor secretary the whole United States could become a right to work country which will put unions completely out of business, it’ll be extinct, a think of the past, something kids will learn in history book. What’s a labor union? That’s what’s going to happen if Scott Walker gets appointed by Trump to be the secretary of labor. That is a very real possibility, his name is being floated right now.