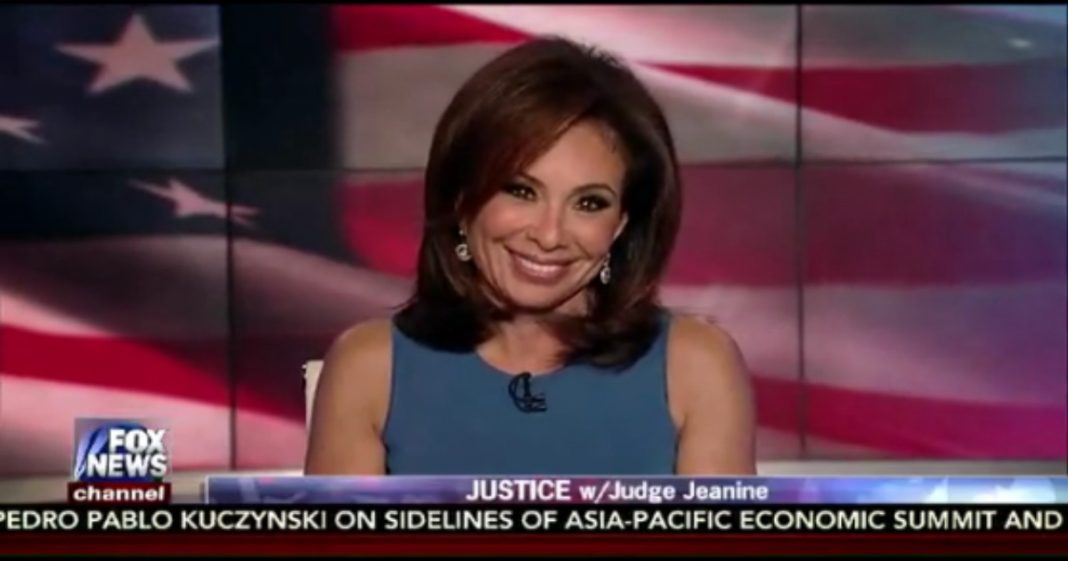 Over the weekend, you couldn’t find a word in edgewise through the multitude of stories and thinkpieces written about the momentary interaction between Vice President-elect Mike Pence and the cast of broadway hit “Hamilton.”

Though the speech actor Brandon Dixon gave was brief, the backlash hasn’t been, and even now on Monday afternoon we are left drowning in the hot takes from the likes of every Republican-leaning pundit on cable news.

But because it is our unfortunate duty to keep you apprised of especially egregious behavior in the media, here’s one more “hot take” from Judge Jeanine Pirro.

The Fox News host went on a rant over the weekend in which she told the black cast member Dixon that he should stick to what he knows, dancing, and not what he doesn’t know, apparently the electoral college?

“Last night violates everything that you say that you stand for,” she charged. “You’re Hamiltonians, you’re students of American history. Why not hip hop about the electoral college or is that the part of the Constitution that you just want to ignore?”

She called Dixon’s comments and the boos from the attending audience “reverse racism,” and “inappropriate and disgusting behavior.”

What’s the matter, Judge, you need a safe space too?

This is simply media distraction from the legitimate scandals that continue to happen to Trump. How many times did you hear about Trump’s settled Trump University case? I’ll bet it was half as often as you heard about Hamilton. Am I right, or am I right?