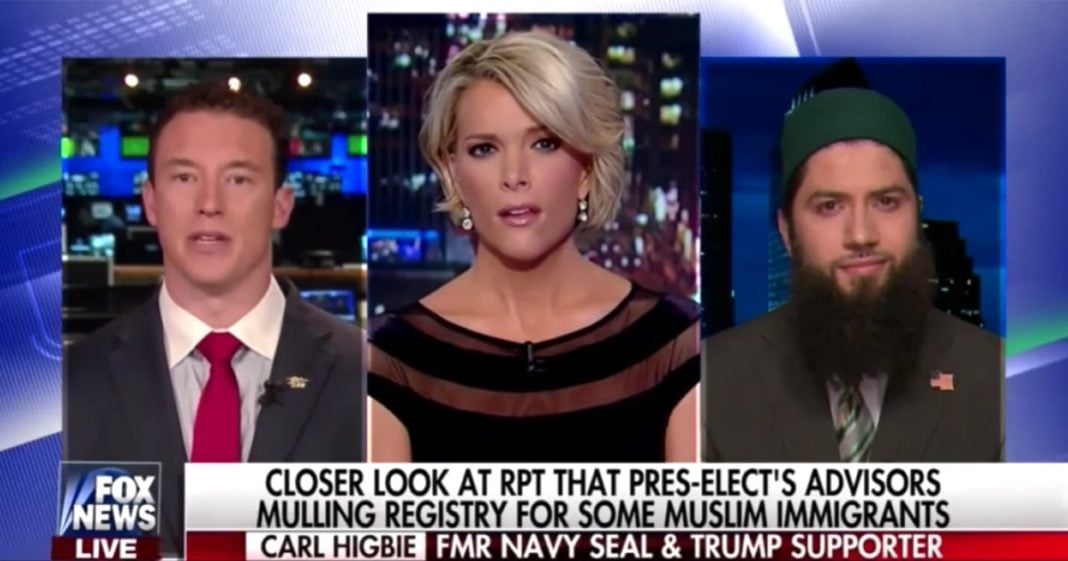 In this Majority Report clip, Megyn Kelly has former Navy SEAL and Trump surrogate Carl Higbie on her show for a second consecutive night. The previous night, he was debating CAIR Florida leader Hassan Shibly about the creation of a Muslim registry and says that there’s precedent in the U.S. for internment camps. Kelly is unconvinced that she misunderstood Higbie, and although the conversation could be interpreted the way he’s insisting he meant it, she’s most likely right.