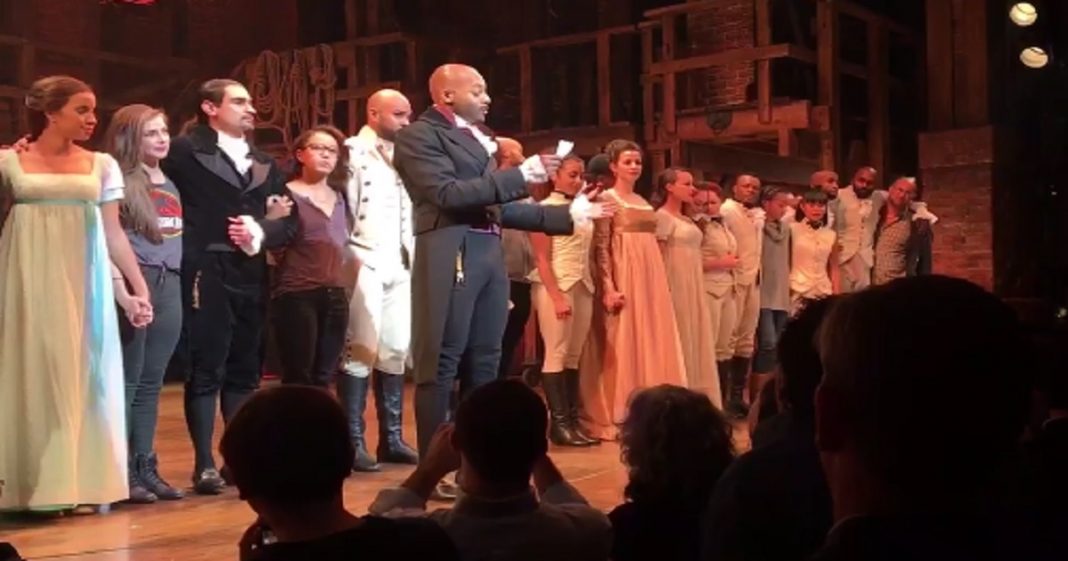 On Friday evening, the famous Broadway show “Hamilton” was faced with a unique conflict when they realized that Vice President-elect Mike Pence was in the audience. Though no stranger to high-profile guests, the content of the show compelled the cast to deliver a message to their special guest at the conclusion of the evening.

Stepping forward during the curtain call, actor Brandon Dixon thanked the Vice President for attending and told him that their cast represents the marginalized groups all over the nation anxious about Trump’s administration and the safety of people like themselves.

Dixon said that he hoped Pence took away from the play a greater sense of who needs protecting and what really matters. During Dixon’s speech, the audience booed Pence occasionally when it came to Dixon’s line about feeling afraid and marginalized.

Our wonderful future V.P. Mike Pence was harassed last night at the theater by the cast of Hamilton, cameras blazing.This should not happen!

The Theater must always be a safe and special place.The cast of Hamilton was very rude last night to a very good man, Mike Pence. Apologize!

The only thing that “Hamilton” need apologize for is allowing Pence to attend the show at all rather than giving those tickets to some of the marginalized people they spoke for. But then again, maybe Pence did learn a thing or two from the phenomenal show.

Tonight, VP-Elect Mike Pence attended #HamiltonBway. After the show, @BrandonVDixon delivered the following statement on behalf of the show. pic.twitter.com/Jsg9Q1pMZs