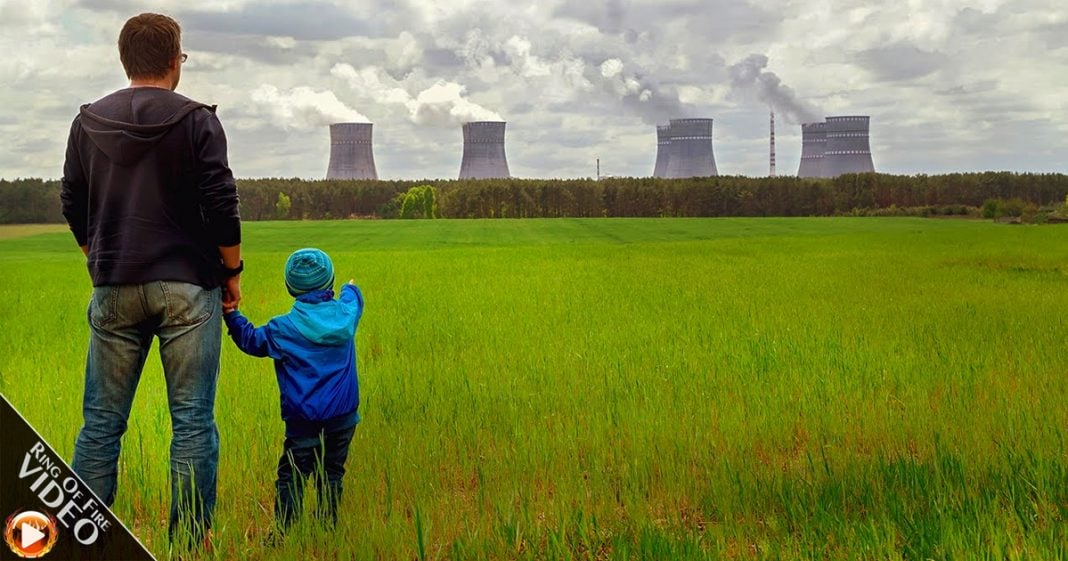 A judge in Oregon has certified a lawsuit brought by children against government officials for their refusal to act on climate change. This is a huge step forward in the fight for climate action, and could finally turn the tables on polluters. The Ring of Fire’s Farron Cousins discusses this.

In the midst of all the horrible news coming out of basically the entire world in the past week, we all seemed to miss one bright spot that actually happened, and that took place in Eugene, Oregon, where Judge Ann Aiken ruled that a lawsuit brought by 21 young plaintiffs against the government was valid and could proceed. Now, there are 21 plaintiffs in this case, and they range in age from nine years to 20 years old. What are these kids suing the government for? It’s pretty simple. They’re suing the government for violating their constitutional rights by not taking action to protect the environment and the world from climate change, and Judge Ann Aiken says that this is absolutely a valid lawsuit and it will go forward.

The lawsuit is specifically against President Obama, the fossil fuel industry and the lobbyists and think tanks who helped push anti-science propaganda. Now, this is a huge, huge benefit, big win, greatest thing probably that ever happened to the environmental movement because these children are the ones who are going to live with the consequences of climate change. The Koch brothers will be dead and gone long before those rising sea levels ever threaten any piece of property that those two idiots own, but these kids, filing this lawsuit, they got a good 60, 70, maybe even more, years ahead of them in life to see and witness and deal with the consequences of our climate inaction. Yes, that includes President Obama.

A lot of environmentalists have said, ‘Well, hey, look, President Obama did …’ No, he hasn’t. Just stop right there because no, he hasn’t. You cannot name a single concrete accomplishment that President Obama has made towards the environment. He’s talked a big game, he absolutely has, but he has literally done nothing about it. Oil drilling on US soil is at an all-time high. Offshore drilling, fracking, pipelines, they’re all growing at an exponential rate. This doesn’t make any sense for a president who goes out there every day telling us, ‘We’ve got to do something about climate change.’ This man was in a position to do something and did nothing, and that’s what those children are saying in this lawsuit.

Again, they’re also taking on the fossil fuel industry because as we learned in the last 12 months, Exxon Corporation absolutely knew that burning fossil fuels contributed to the increased carbon emissions that helped deplete our ozone, warm up our planet. They knew that in the 1970s before private scientists and NASA scientists even figured it out. Exxon knew it. They hid it, they covered it up and they used these think tanks and lobbyists to help spread disinformation to make the public doubt climate science.

These kids got pissed off, but it’s not enough to just be pissed off. These children took action. These children and young adults are out there fighting the fight that we should have all been fighting for over a decade or longer, 20 years, but it took these children and young adults to really get the ball moving on this. Judge Ann Aiken, I have the highest, highest praise for you as well for allowing this lawsuit to go forward because that’s what needs to happen. The people who have destroyed this planet have to be held accountable. Thank you to the 21 plaintiffs and Judge Ann Aiken for making this a real possibility, that we can finally get some change in United States policy.