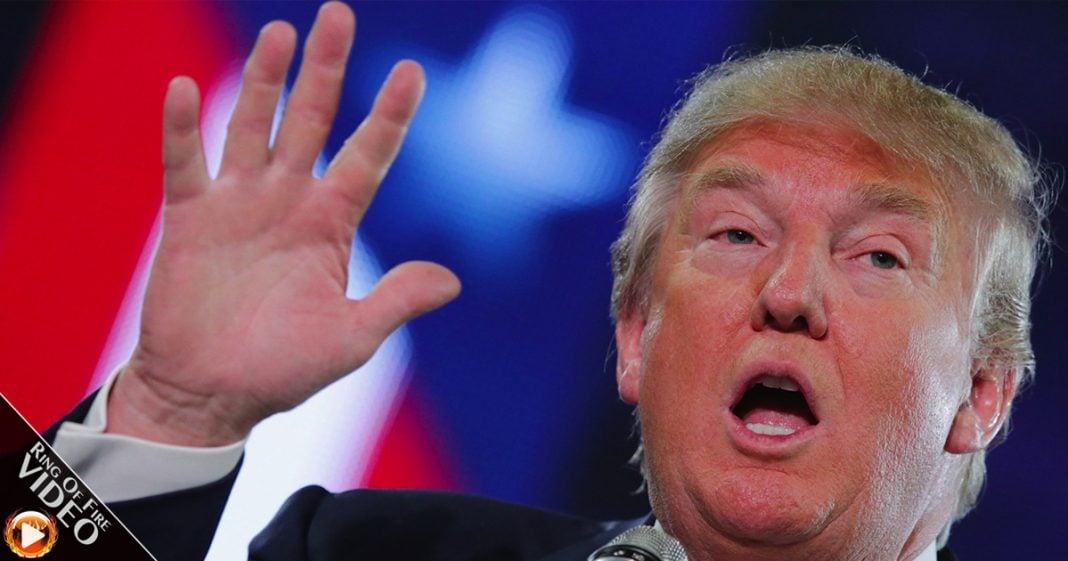 The Republicans made it their policy to block everything that President Obama attempted to accomplish. Now it’s payback time – The Democrats need to do the same thing to Donald Trump. The Ring of Fire’s Farron Cousins discusses this.

A lot of people in the United States today, not very many progressives, are saying, ‘You know what? Let’s give Donald Trump a chance.’ Even Bernie Sanders has said, ‘Look, to the extent that you actually want to help the American public, we will work with you. Anything you do that could be bad for them, we are going to oppose you vigorously.’

Unless he comes out and says, ‘Listen, I’m going to raise taxes on the top 1% all the way up to 60% and cut taxes for the middle class and give you universal healthcare and universal childcare and paid sick and increase the wages of women.’ Unless Donald Trump does those things, to hell with him. To hell with the Republicans.

No, that’s not sour grapes talking here. That’s pay back talking here. You know, it’s okay to occasionally want revenge, right? That’s what we have to do right now. It’s pay back time, Republicans. You just spent the last eight years opposing every single thing that Barack Obama tried to do. You prevented a lot of really great policy from taking shape in the United States.

I know I’ve given Obama a hard time. He has had many failures. Some of them are directly related to Republican obstruction. The Democrats need to fight fire with fire. They didn’t give Obama a chance. Not from Day One. Before he took office, before he was sworn in, they were meeting in secret, trying to come up with ways to block every single thing he did.

Now, I don’t know what’s happening behind closed doors with Republicans today. I hope to God they’re sitting there saying, ‘How can we make Donald Trump and Paul Ryan and Mitch McConnell’s life miserable for the next four years?’ That is what needs to happen. There’s nothing good that will come from Republican governing. We’ve seen it. We’ve tried. We’ve given them the chance. Nothing good.

Let’s block them. Let’s stop them. Let’s do what they did to Obama for eight years except let’s pray that we only have to do it for four before Trump gets kicked out of office.