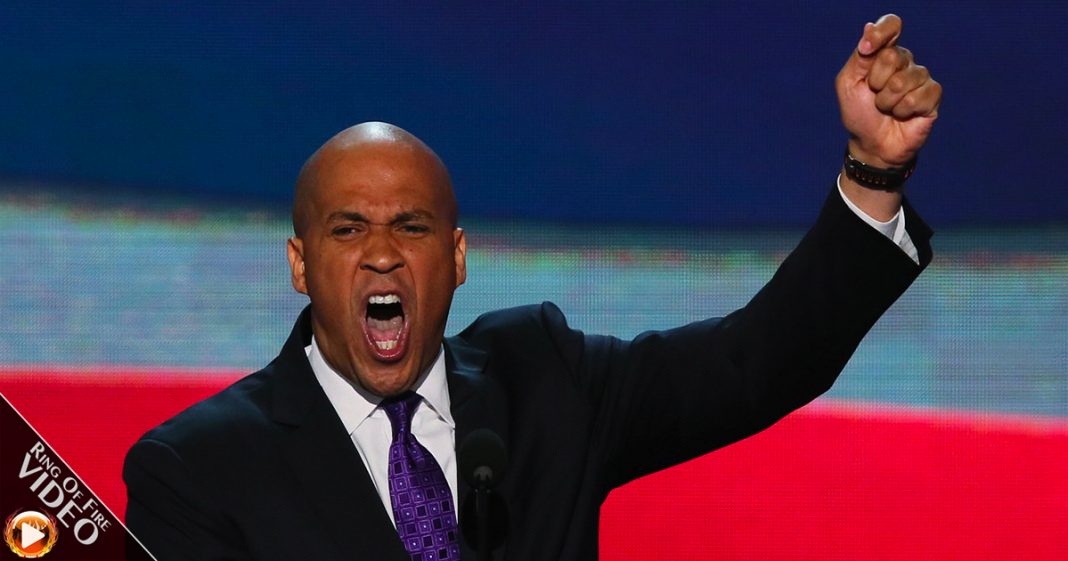 Senator Cory Booker has called on the FBI and the DOJ to take swift action to combat the rising tide of hate in the United States that has been steadily increasing since Donald Trump’s election. The Ring of Fire’s Farron Cousins discusses this.

Senator Cory Booker is calling on the FBI and the Department of Justice to look in to the increasing numbers of hate crimes being committed in the United States as a result of Donald Trump being elected president. It’s almost impossible to go a few hours without looking at a website like Raw Story, Alter Net or even on Reddit Politics where you don’t find a video emerging of a teacher, a school board member, churches being vandalized, it’s happening daily and it’s happening many times a day all over this country.

Senator Cory Booker is 100% right, we have to get the FBI and DOJ involved right now. This isn’t something they can just drag their feet on and wait a month, two, three, four down the road and finally decide ‘All right, let’s do something about this issue here’ this has to be addressed today. Hate crimes in the United States are spiking since the election of Donald Trump. It’s been a little over a week. Something has to be done. The racists in the United States feel empowered, they feel passionate about Donald Trump and that cannot be allowed to flourish in the United States today.

That’s what Senator Cory Booker is asking and that’s what we should all be asking today. These issues have to be addressed immediately, this isn’t something that can wait. People are in danger. We have organizations in place to stop this, to fix it, why aren’t they doing anything?