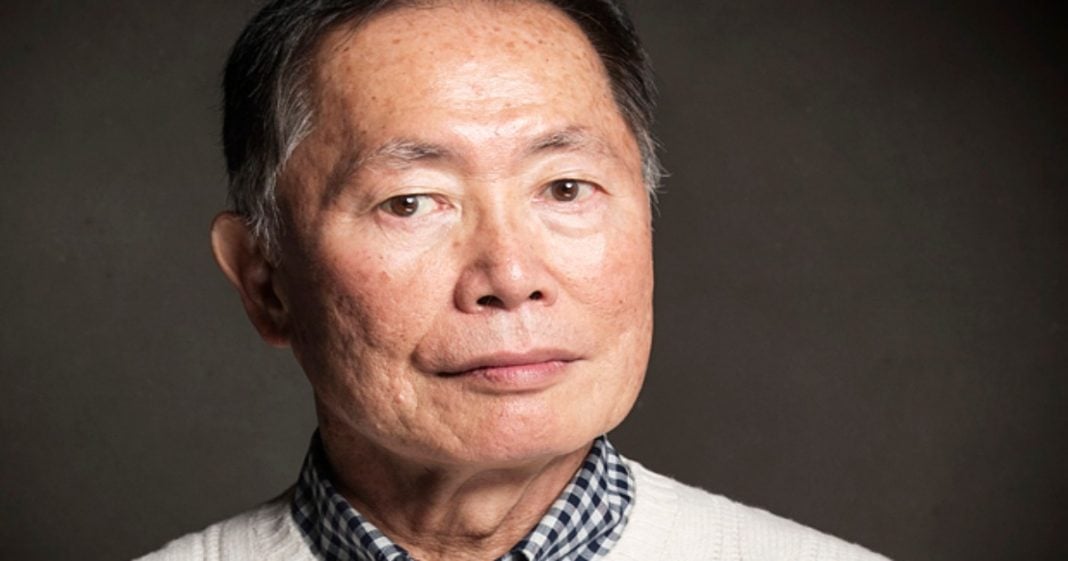 Asian-American actor, director, and activist George Takei published an op-ed in the Washington Post on Friday sharing his personal experience with Japanese Internment camps in response to a Trump advocate who said that the treatment of Japanese citizens during the Second World War was “precedent.”

Takei has spoken of his troubled past before in relation to Donald Trump, but now that the candidate is mulling a Muslim registry for non-citizens, Takei felt the need to take his story more public in an effort to warn the American people about the history they have forgotten.

Takei describes his childhood experience of being rounded up with a 120,000 other Japanese Americans, held at gunpoint, and made to fear for his life.

It is a dark chapter in American history that many do not know – or choose to forget.

“I was just a child of 5 when we were forced at gunpoint from our home and sent first to live in a horse stable at a local race track, a family of five crammed into a single smelly stall. It was a devastating blow to my parents, who had worked so hard to buy a house and raise a family in Los Angeles. After several weeks, they sent us much farther away, 1,000 miles to the east by rail car, the blinds of our train cars pulled for our own protection, they said. We disembarked in the fetid swamps of Arkansas at the Rohwer Relocation Center. Really, it was a prison: Armed guards looked down upon us from sentry towers; their guns pointed inward at us; searchlights lit pathways at night. We understood. We were not to leave.”

Takei said that due to his young age, he was made to feel that the camps were normal – though they were anything but.

Takei then explained that the threat of something like the internment of the Japanese in America could absolutely happen again under Trump’s rule.

After all, when asked during the election if he opposed that very internment that Takei was forced into, Trump said that he would have had to be there at the time to give a true answer. Wrong answer Mr. President.

So if for even a second you feel that the proposed Muslim registry is acceptable in any way, read this from Takei and feel ashamed.