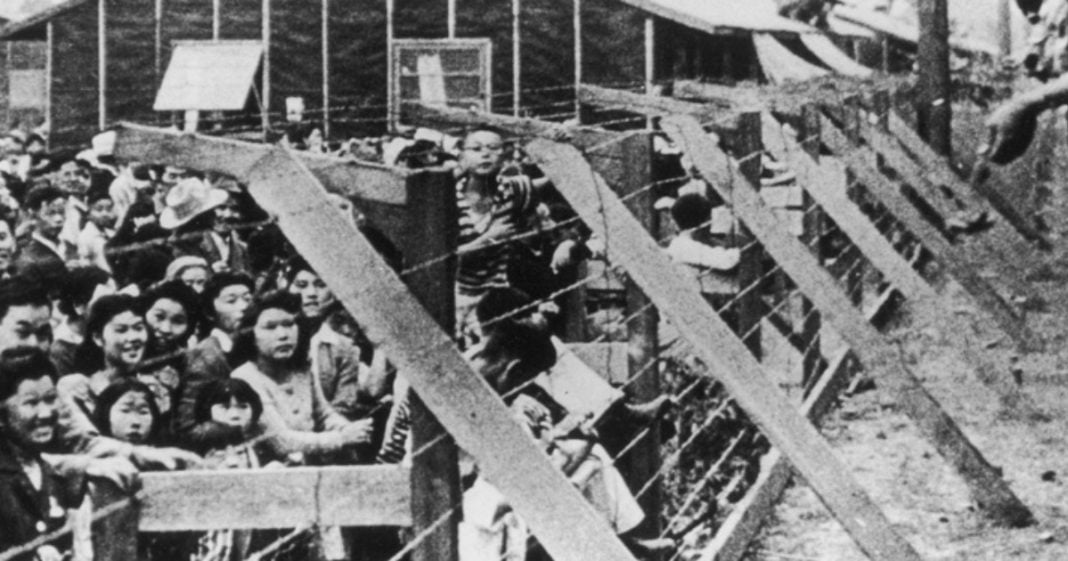 A Trump supporter revealed just how depraved Trump rhetoric is willing to go on Fox News on Thursday when he suggested that Trump’s proposed Muslim immigrant registry is acceptable since “precedent” was set when Japanese Americans were interned during World War II.

Carl Higbie, author and pro-Trump advocate discussed with Fox‘s Megyn Kelly that while some are worried about the constitutional implications of ordering all visitors from a foreign country be registered with the federal government and participate in yearly check-ins and interrogations, he thought it wasn’t really that big of a deal.

Higbie explained that America has done this sort of thing before, and that it’s really nothing new! After all, back in World War II, we ripped Japanese Americans from their homes and placed them in work camps.

To her credit, Kelly reacted to Higbie’s nonchalant advocacy for interning innocent people with a bit of outrage (though not nearly the appropriate amount).

“Come on, you’re not proposing we go back to the days of internment camps I hope? You know better than to suggest that. I mean that’s the kind of stuff that gets people scared, Carl.”

Higbie acted as if he might walk back his statement, but then he said that the President has an obligation to protect the American people, even if it means treating immigrants and visitors to the U.S. like non-humans.

And if Trump begins by banning, surveilling, and even imprisoning individuals who are not Americans, what’s to say that he doesn’t expand those same restrictions to citizens he finds to be a “threat”?

This is more than dangerous. This is a horrific suggestion of violating human rights and our basic legal system.

Until Donald Trump outright condemns this rhetoric and tells the American people that he will not infringe on the basic human rights of all people, he is not fit to serve as president.