In recent weeks, Mike Papantonio and the crew of “America’s Lawyer” have been busy gearing up for the premiere of the new, hard-hitting legal show on RT America set to premiere in December.

“America’s Lawyer” will be a show unlike anything ever aired on television. In it, Mike Papantonio will delve into the corporate courtroom stories that corporations and big business don’t want you to know.

In anticipation of this groundbreaking show, we have been busy building a state-of-the-art studio. Below are some photos of Papantonio rehearsing in the new studio for “America’s Lawyer” 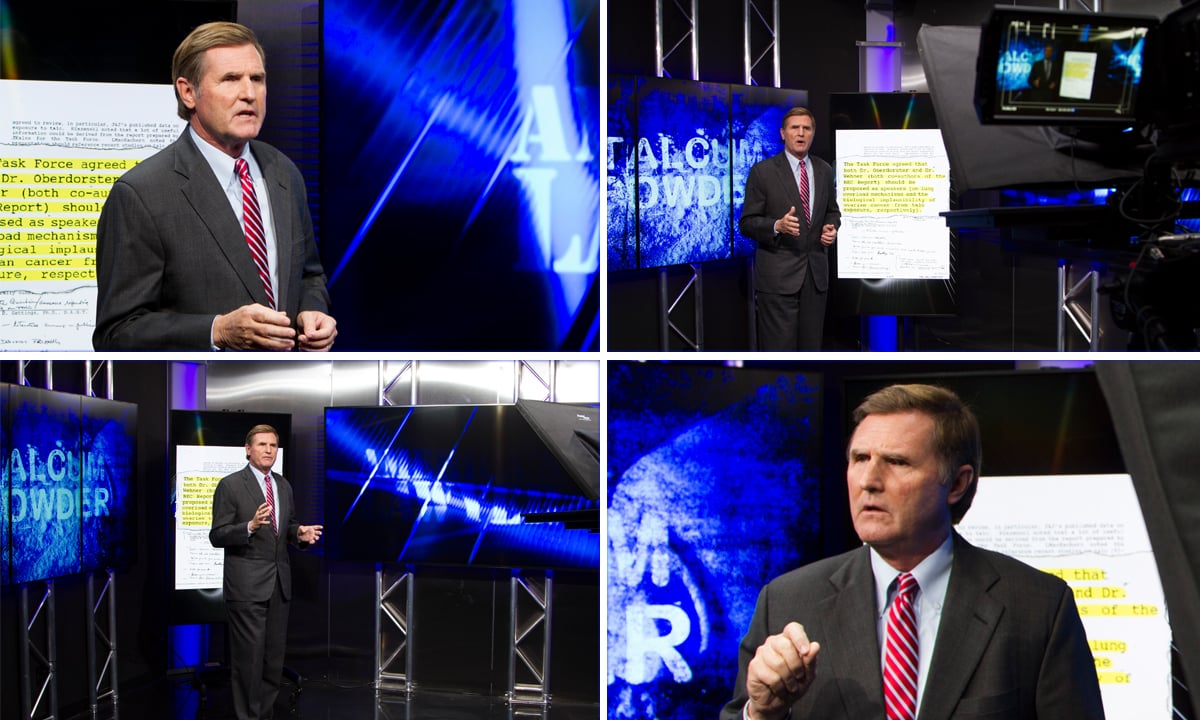 On “America’s Lawyer,” Papantonio will bring you, the viewer, right into the courtroom. Watch as Papantonio lays out the evidence for the cases against mammoth corporations like Monsanto, Bayer, Johnson and Johnson, DuPont and more.

While watching “America’s Lawyer,” the viewer is the jury and the set is Papantonio’s courtroom.

This show will lay out the stories from courtrooms you have never before heard or seen and viewers will learn the nitty gritty details of some of the nation’s most corrupt dealings. The true-life cases that trial lawyers all over the nation have battled will have you on the edge of your seat and ready to join the fight.

Pap will expose the bad corporations and bad lawyers, but will also highlight the important contributions that trial lawyers have made to America. If you enter this show with a negative opinion of what being a trial lawyer means, you might just leave with a greater appreciation of the role trial attorneys play in protecting American rights nation-wide.

“America’s Lawyer” will also feature interviews with some of the nation’s biggest and best trial attorneys giving insight into their own careers and battles with corporate giants.

Starting in December, “America’s Lawyer” will be broadcast on RT America, reaching every English-speaking country around the globe.

It’s a show you won’t want to miss.