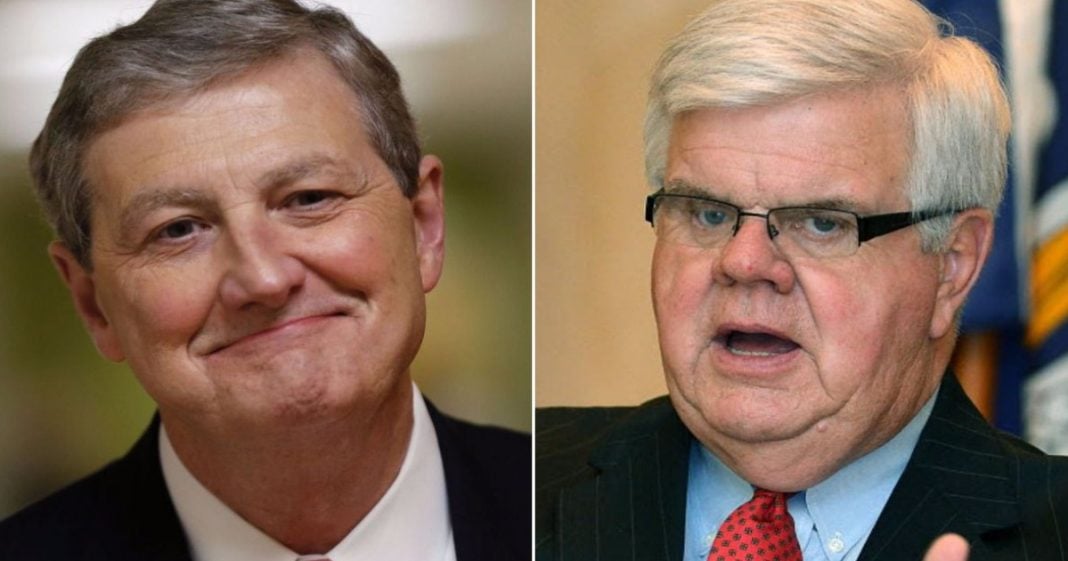 Although Democratic chances for a Senate majority are dead for this election, they could still pick up one more seat and shrink the gap – in Louisiana, of all places. The hope for that scenario lies with a candidate by the name of Foster Campbell.

Because of the way statewide elections work in the Pelican State, the final decision of who will fill the seat being vacated by “Diaper Dave” Vitter will not be made until December 10th. Louisiana uses an open primary system (also known as a “jungle primary”), and under this system, every candidate appears on the same ballot regardless of their party affiliation. Voters may choose any candidate they like and if no candidate receives at least 50% of the vote, the top candidates advance to the runoff election in December. This year, those candidates are Democrat Foster Campbell and Republican John Neely Kennedy. The latter is the State Treasurer who has twice unsuccessfully run for the U.S. Senate.

On the surface, this may seem to be a long shot. After all, this year was an unmitigated disaster for the Democratic Party thanks in no small part to skulduggery on part of the DNC. Furthermore, Campbell is running in a “red” state that went for the Orange Monstrosity. But as it was back in the days of Governor Huey (“The Kingfish”) Long, Louisiana politics can be complicated – and surprising.

Last year, nobody would have imagined that Democrat John Bel Edwards would have been able to take the governor’s mansion away from the GOP. Yet today, that’s where Edwards is sitting, busy dealing with the financial catastrophe created by his predecessor Bobby Jindal.  It didn’t hurt that his rival was Vitter, whose record of consorting with sex workers (while proclaiming “Christian” and “family” values) continues to cling to him like the scent of rotting onions. Edwards is also a veteran of the Armed Services, has the respect and admiration of the law enforcement community, and is a straightforward, calm, and forthright public servant.

Campbell shares many of those same qualities. Currently serving as Louisiana’s Public Service Commissioner, he is known for his personable demeanor and sense of humor. More importantly however, he has a strong record and commitment to serving the interests of those he represents – including standing up to corporate interests.

Should Campbell win Vitter’s Senate seat, it would reduce the GOP majority to 51-49. While this wouldn’t necessarily change the big picture (Dems will still be busy filibustering – hopefully), it would further serve to repudiate Donald Trump’s so-called victory. It would also make life that much more difficult for an already divided GOP as they attempt to ram their corporatist agenda down our collective throats.

So, if you live in Louisiana, be sure to get out to the polls on December 10th and give Campbell your vote. If you know people or have family in the Pelican State, call and urge them to do the same. Of course, anyone can make donations to Campbells’s campaign, whether or not they reside in Louisiana – so, if you are able, consider doing that as well.