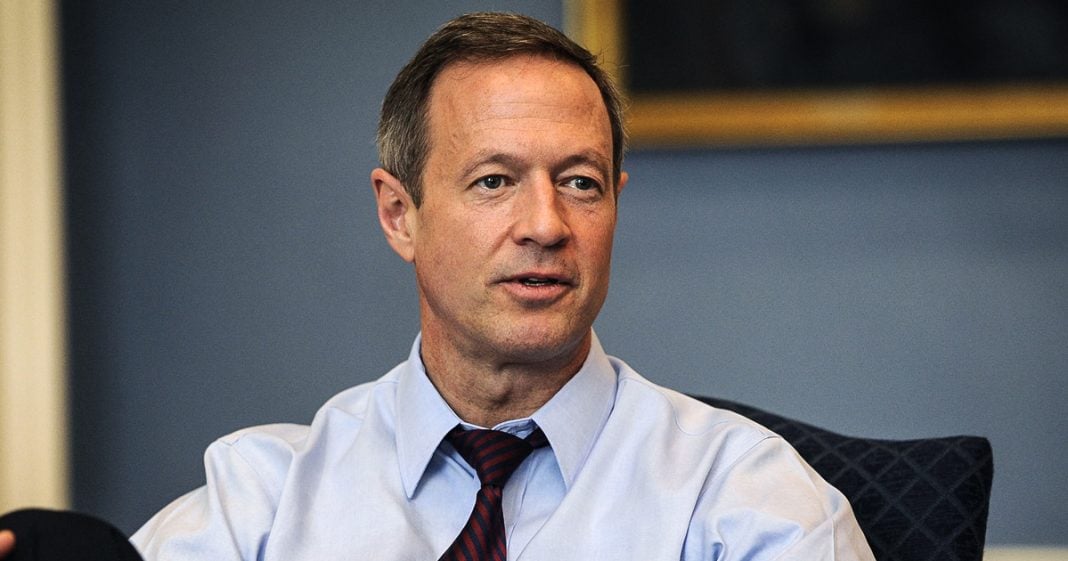 Failed presidential candidate Martin O’Malley had made his interest known early on concerning the newly-opened spot as DNC chair, and yet on Wednesday morning, he issued a statement saying that he would not be pursuing the position.

In an email to supporters, O’Malley said that he was grateful for the support from many who wanted him in the position, but that he would be stepping aside for a candidate who is able to fully commit themselves to the project.

“While I’m grateful to the supportive friends who have urged me to consider running for the DNC Chair, I will not be seeking our Party’s Chairmanship. The DNC needs a chair who can do the job fully and with total impartiality. The national interest must come first.”

In his statement, the governor also made clear how he feels about the president-elect, saying that the Democratic party – and the nation as a whole – had experienced a major setback. In response, the governor issued a statement of unity, calling on Democrats to come together to face the rough road ahead.

“we are one, our cause is one, and we must help each other if we are to succeed.”

The way is now nearly clear for Minnesota Congressman Keith Ellison who is being supported by the progressive branch of the party. Still in the way is failed presidential candidate Howard Dean. Dean represents a more establishment corner of the party – the way of the past – and the choice between himself and Ellison is a major crossroads for the struggling Democratic party.