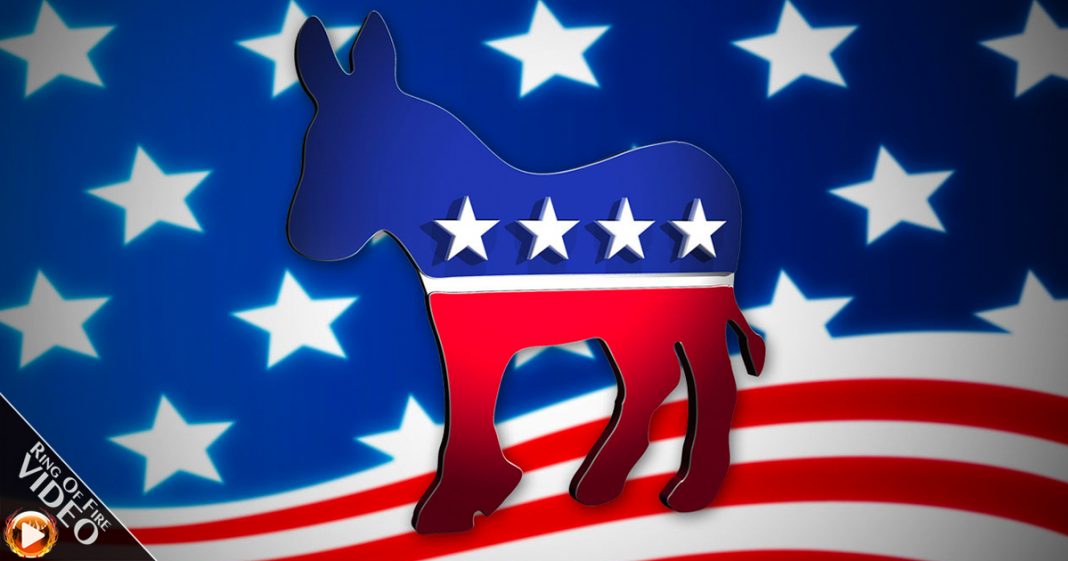 The Democrats have postponed their leadership votes in the House as they attempt to figure out who they are as a party. This is a smart move considering some of the best and brightest in the Party are urging them to find a new direction. The Ring of Fire’s Farron Cousins discusses this.

The Democratic Party still reeling from the losses that they suffered on November 8th has decided to push off their leadership voice in the House of Representatives until after the Thanksgiving break. They were supposed to be doing it before that, obviously. It was pretty clear it was going to be Nancy Pelosi again up for Democratic leader in the House, but they’ve decided maybe now is not the best time because Pelosi is actually facing some challenges from more progressive members of the House of Representatives. This decision to postpone the vote is not necessarily to protect Nancy Pelosi, at least I don’t believe it is. I believe what’s happening in the Democratic Party right now is that we’re actually starting to get through to them. They understand that they screwed up. I’m not just talking about in the Presidential election, they lost seats across the board. They lost elections at the local level, at the state level, and at the federal level and in the judiciary and those elections. They got beat everywhere. The part as a whole understands that right now, at least I think they understand, that right now it’s time to listen to the people.

All of the rational thinking Democrats out there right now, and I can not stress the word rational enough, understand that the party screwed up because they didn’t have a message. They neglected voters and as Bernie Sanders put it, they were more worried about fundraising than they were connecting with the American public. You’re always going to lose when your focus is on fundraising and not meeting with the people. Even President Obama took a swipe at Hillary Clinton when he said earlier this week that I went to every single fish fry that I could when I was campaigning, implying that Hillary Clinton did not do too much to connect with actual voters. Which she didn’t. No Democrats did. Bernie Sanders did in his campaign, not getting into that again, just saying it’s a fact.

The Democrats decision to postpone this vote shows that at least they’re slightly paying attention to what’s going on out there. They’re paying attention to the calls from very smart, very well respected people out there who say that the party needs a new direction. That could not be more true right now. What we have been doing doesn’t work. We lost in 2016, we lost in 2014, we lost in 2010. We won the White House in 2012 and lost everything else. Think about that. 16, 14, 12, and 10. All losses for Democrats with the exception of the Presidential election. That should tell them something. During this time Nancy Pelosi was the Speaker of the House. She failed. She may have done a decent enough job in the House, but once they walked outside that door she was not a leader. It’s time for somebody that can lead, both in the House and out there with the public. That’s what’s happened to the Democrats is they have lost touch with the American public. They don’t seem to care, they don’t seem to learn. Until they realize that they’re going to continue to lose these elections.

I know it’s a bad sign that they’ve had to postpone this leadership election, but to be perfectly honest it is a smart decision and gives the party just a few more days to try to figure out who they are and who they want to be.